The world champion tennis player was escorted from Melbourne – alongside an Australian Federal Police (AFP) guard – after losing an almost two-week legal battle and has returned to his native Serbia to a hero’s welcome.

Tennis Australia did not mention Djokovic by name but in a statement released on the 18th of January 2022 branded the ordeal “a significant distraction for everyone” and that they “deeply regret the impact this had on all players”.

The governing body for tennis in Australia has admitted they still have “lessons to learn” and has promised to “review” their planning procedure for future competitions.

However, Tennis Australia also stated they “respect the decision of the Immigration Minister” and the “finding of the Federal Court of Australia” in regards to the decision to cancel Djokovic’s visa.

Djokovic arrived in Australia on the 5th of January 2021 for the Australian Open after initially being granted a visa on the grounds of vaccine medical exemption.

This was revoked shortly after 34-year-old Serbian arrived in Melbourne, and the Australian Border Force (ABF) confined the tennis superstar to a detention hotel.

Local authorities have since explained this decision and maintained the initial visa was granted in error due to a “computer” error and upon the ABF’s inspection of Djokovic’s documents at the Australian border, they claimed Djokovic’s exemption was mysteriously invalid.

For almost two weeks the tennis superstar faced uncertainty about whether he could compete in the Australian Open on the 17th of January, with his visa initially being reinstated and then revoked on the 14th of January by Immigration Minister Alex Hawke. 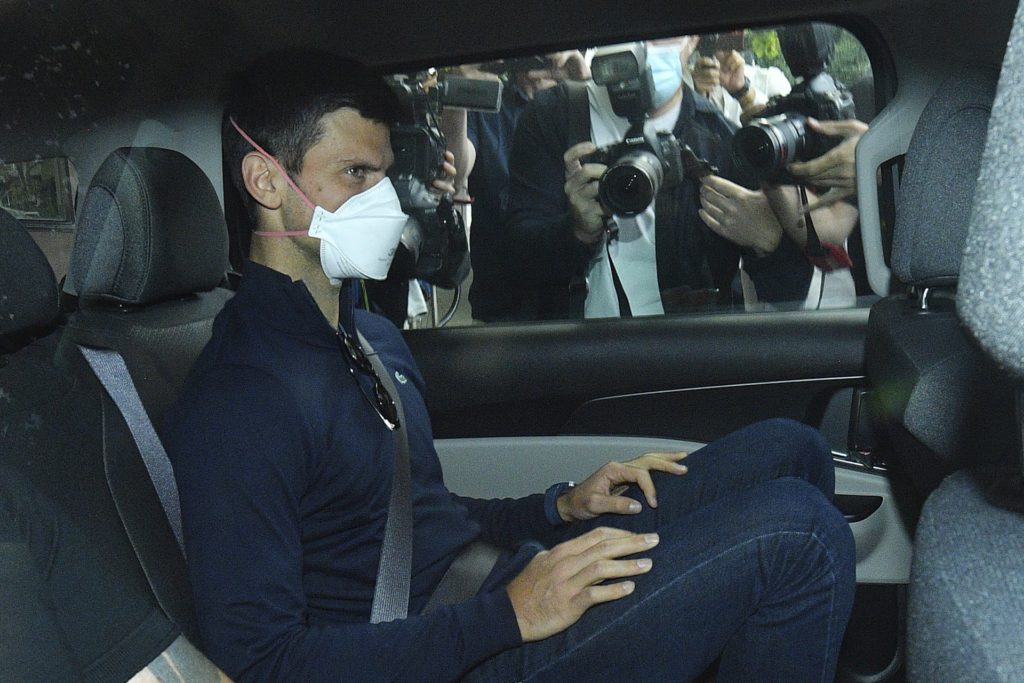 Serbian tennis player Novak Djokovic rides in car as he leaves a government detention facility before attending a court hearing at his lawyers office in Melbourne, Australia, Sunday, Jan. 16, 2022. (James Ross/AAP via AP)

Hawke declared he Djokovic’s visa was cancelled on public interest grounds because Djokovic is not vaccinated for coronavirus.

Djokovic had the chance to appeal this decision in the Australian High Court, however it would not have been in time for the tennis competition, so instead he decided to return home.