Actor Chris Noth, who starred in HBO’s Sex and the City and its current reboot And Just Like That, is facing a whopper of a #MeToo moment, having been accused of sexual assault by two anonymous women who claim the Hollywood star forcibly had sex with them on separate occasions.

“Zoe” and “Lilly” allege they were assaulted by Noth in 2005 and 2014, respectively, according to a report from The Hollywood Reporter. They said the recent release of And Just Like That, in which Noth reprised his role as Mr. Big, prodded memories of their encounters with the actor.

Chris Noth has denied the accusations, saying the encounters were consensual. “It’s difficult not to question the timing of these stories coming out. I don’t know for certain why they are surfacing now, but I do know this: I did not assault these women,” he told the trade magazine. 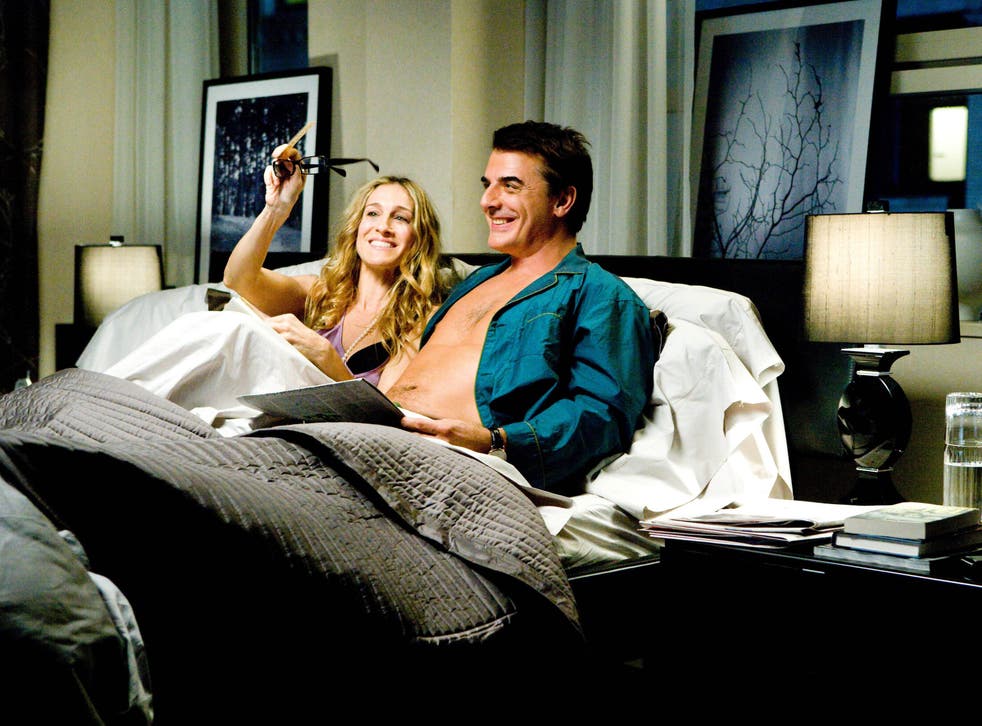 The Reporter said “Zoe” contacted them about Noth in October, while “Lily” reached out in August.

“Zoe” alleges she first met Noth in 2004 when she was 22 and had recently moved to Los Angeles to work in an entry-level job for a “high-profile” firm where the actor and other stars had business. She claims Noth obtained her phone number and invited her to come to the pool at a building in West Hollywood where he had an apartment.

She alleges Noth kissed her as she stepped through the door of his apartment and that she kissed back but then said she was going to return to her friend at the pool where they had been earlier. But, she alleges, Noth moved her to the bed and raped her from behind as she faced a mirror.

“It was very painful and I yelled out, ‘Stop!’” she told the Reporter. “And he didn’t. I said, ‘Can you at least get a condom?’ and he laughed at me.”

After the encounter, Zoe said she went to Cedars-Sinai hospital with a friend because she was bleeding.

“I had stitches. Two police officers came. I wouldn’t say who it was,” Zoe alleges, saying she was afraid she would have been fired if she publicly accused Noth.

“Lily” claims she met Noth in 2015 when she was 25 and worked as a server at a New York nightclub. She said Noth obtained her number and asked her out for dinner. They ended up back at his Greenwich Village apartment, she claims, where he repeatedly tried to kiss her.

“I cautiously entertained it. He’s older and looked older. He kept trying and trying and trying, and I should have said no more firmly and left. And then the next thing I knew, he pulled down his pants and he was standing in front of me,” she alleges.

“Lily” claims she brought up that he was married with children. “He said marriage is a sham. Monogamy is not real,” sh recalled. The next thing she knew, “he was having sex with me from the back in a chair. We were in front of a mirror. I was kind of crying as it happened.”

The Reporter said it reviewed subsequent text messages between “Lily” and Noth.  In one, Noth wrote: “By the way I have to ask did you enjoy our night last week. I thought it was a lot of fun but I wasn’t quite sure how you felt.”

“Lily” replied: “Hmm…I certainly enjoyed your company. Great conversation. Not to go into specifics over text message, but I did feel slightly used… Perhaps this is better as a phone conversation but I can’t talk at the moment.”

Noth has also starred in NBC’s Law & Order and currently stars in CBS’ The Equalizer.