Rock Icon, Grammy Winner Meat Loaf Dies Aged 74 with Wife by His Side

Iconic Bat Out of Hell singer and actor, Meat Loaf, has died aged 74 with his wife Deborah by his side, it was announced on Friday.

The singer, whose real name was Michael Lee Aday, sold millions of albums worldwide, with the Bat Out Of Hell trilogy among his most popular musical offerings that launched him into the 1970s and beyond.

In 2016 he was honoured with the Hero Award at the annual Q Awards music ceremony, which he dedicated to everyday heroes and called on people to “bring love back into this world”.

The news was confirmed on the star’s Facebook page by his family.

In a statement, his family said: “Our hearts are broken to announce that the incomparable Meat Loaf passed away tonight with his wife Deborah by his side.

“We know how much he meant to so many of you and we truly appreciate all of the love and support as we move through this time of grief in losing such an inspiring artist and beautiful man.

“From his heart to your souls…don’t ever stop rocking!”

TMZ reported Meatloaf “was supposed to attend a business dinner earlier this week for a show he’s working on — “I’d Do Anything for Love” — but the dinner was canceled because he became seriously ill with COVID. Sources tell us that condition quickly became critical.”

Our hearts are broken to announce that the incomparable Meat Loaf passed away tonight with his wife Deborah by his side….

Meat Loaf sold more than 100 million albums during his lifetime.

Bat Out of Hell, which is among the top 35 best-selling albums in U.S. history, sold more than 14 million copies alone.

Its singles, “Two of Three Ain’t Bad” and “Paradise by the Dashboard Light” both were certified platinum in 2018 and at the time of release peaked at No. 11 and No. 39 on the Billboard Hot 100. 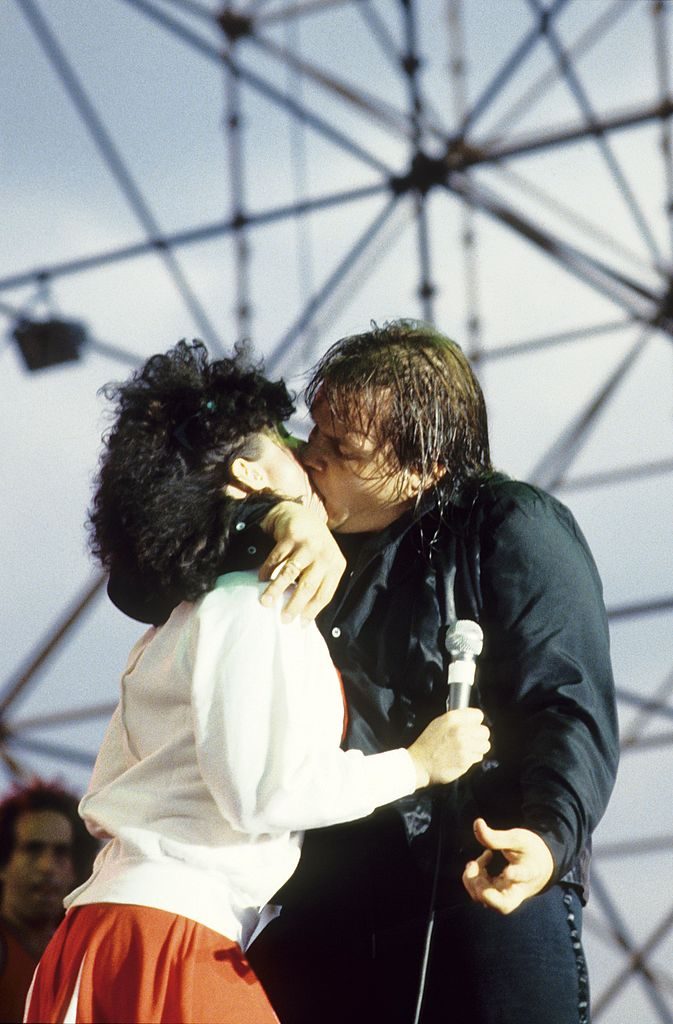 Meat Loaf had spoken openly about health issues that had plagued him, notably asthma, which caused him to collapse on stage during a concert in Pittsburgh in 2011, and in 2003 he collapsed at Wembley Arena in London and was admitted to hospital.

He later held a press conference to reassure fans about his health.

He was also well-known for playing the role of Eddie in the 1975 cult-classic Rocky Horror Picture Show, and went on the play the role on stage. He also appeared in movies such as Fight Club, Focus, and Wayne’s World.

No cause of death was shared.