A one year anniversary in a new job is usually a cause for celebration. Not for President Joe Biden. He ends his first year in the White House with a clear majority of Americans underwhelmed by his handling of the presidency in the face of an unrelenting pandemic, roaring inflation, a stalled legislative agenda, and supply chain bottlenecks.

Poll results released Thursday from the Associated Press-NORC Center for Public Affairs Research held the grim news of a collapse in public confidence for Biden and his team.

More Americans disapprove than approve of how Biden is handling his job as president, 56 percent to 43 percent, the results show. As of now, just 28 percent of Americans say they want Biden to run for re-election in 2024, including only 48 percent of Democrats.

Asked on Wednesday at a rare news conference about his flagging popularity, Biden responded, “I don’t believe the polls,” which on the evidence is probably reassuring for his own ego but is unlikely to ease fears within his administration he is on the right track. 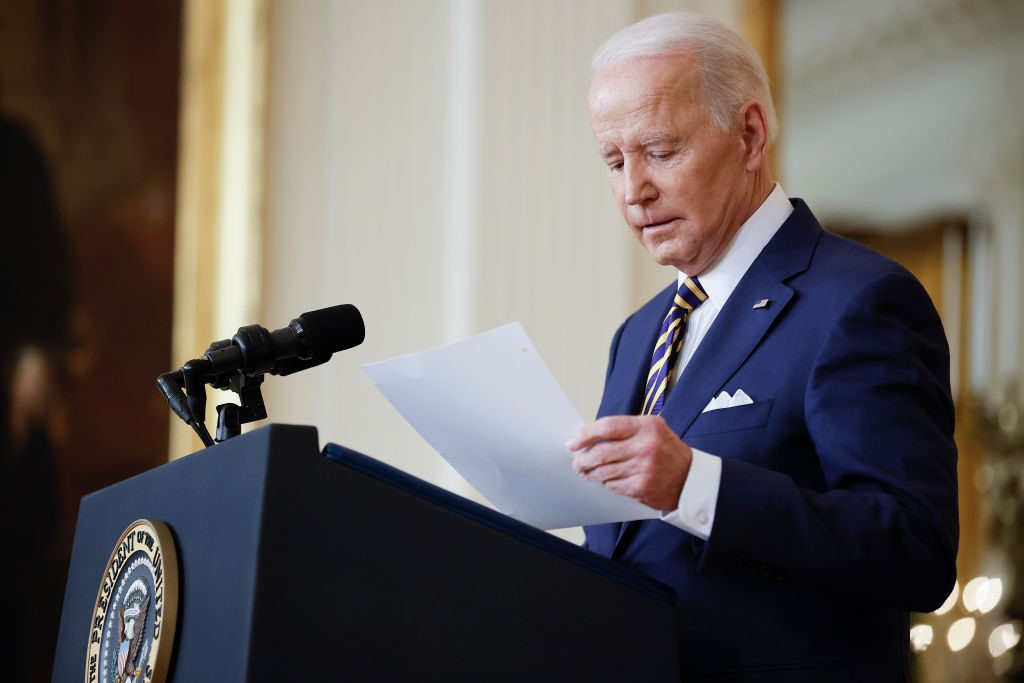 U.S. President Joe Biden answers questions during a news conference in the East Room of the White House on January 19, 2022 in Washington, DC. (Chip Somodevilla/Getty Images) 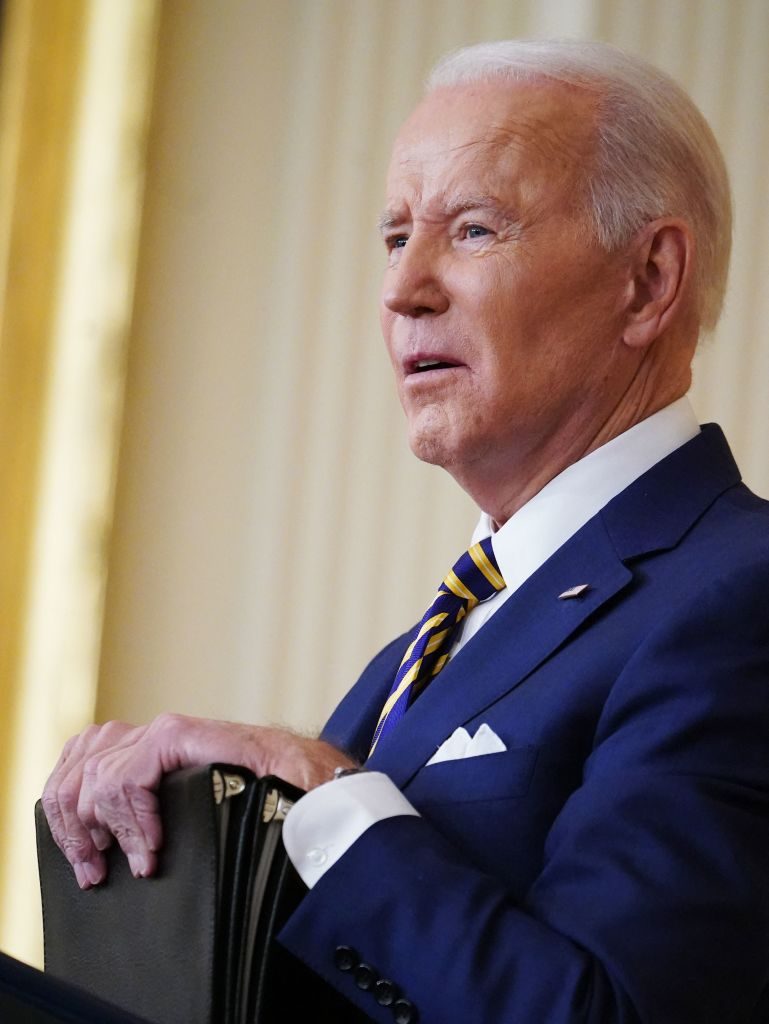 U.S. President Joe Biden pauses during a press conference on the eve of his first year in office. (ANDEL NGAN/AFP via Getty Images)

AP reports the latest poll shows Americans’ confidence in Biden’s handling of the pandemic — seen as a strength early in his administration — has further eroded as the omicron variant strains the health care system and further exhausts an American electorate that had hoped life would be back to a semblance of normalcy by now.

Just 45 percent say they approve of Biden’s handling of coronavirus, down from 57 percent in December and from 66 percent in July 2021.

Americans are even more downbeat about his handling of the economy, with just 37 percent approving. Growing angst about his economic policies comes as inflation rose at its fastest pace in nearly 40 years last month, a seven percent spike from a year earlier that is increasing household expenses and eating into wage gains.

Overall, though, 28 percent of Americans say they have “a great deal of confidence” in Biden to effectively manage the White House, down from 44 percent who said that one year ago, just after Biden took office.