Australia’s Immigration Minister Alex Hawke used his personal power Friday to cancel Novak Djokovic’s visa, sparking the Serbian tennis star to file an immediate injunction against the decision ahead of his return to enforced detention.

If Djokovic fails to secure entry he will be immediately deported. His future in the country was decided on the basis he is unvaccinated for coronavirus and may pose a risk to the community.

The Sydney Morning Herald reports Hawke said he made his decision “under section 133C(3) of the Migration Act” and acted “on health and good order grounds, on the basis that it was in the public interest to do so.” He added:

This decision followed orders by the Federal Circuit and Family Court on 10 January 2022, quashing a prior cancellation decision on procedural fairness grounds. In making this decision, I carefully considered information provided to me by the Department of Home Affairs, the Australian Border Force and Mr Djokovic.

The Morrison Government is firmly committed to protecting Australia’s borders, particularly in relation to the COVID-19 pandemic.

The Herald outlined Djokovic’s legal counsel will seek a fast-tracked hearing by minimising the length of written submissions and verbal evidence. If the case does go to a hearing, the 20-time grand slam winner’s team hope the matter could be heard in court over the weekend.

That will enable it to be finalised by Sunday, allowing him to play a match early next week if he beats the government for a second time.

The case would go back to Federal Circuit Court Judge Anthony Kelly (who overturned the cancellation the first time) for a hearing, but he then may refer it to the Federal Court.

Sources told the newspaper earlier in the week there is a justice on standby to hear the case.

As Breitbart News reported, Djokovic was detained and had his visa revoked by the Australian Border Force (ABF) after he was initially denied entry for the Australian Open tennis competition. 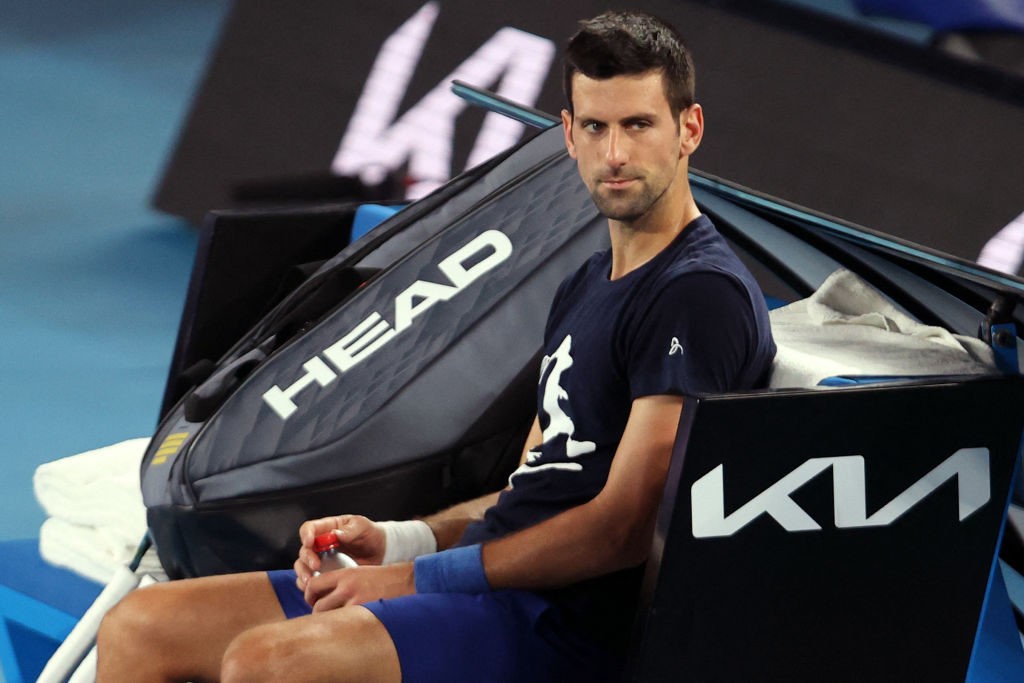 Novak Djokovic of Serbia attends a practice session ahead of the Australian Open tennis tournament in Melbourne on January 14, 2022. (MARTIN KEEP/AFP via Getty Images)

He was immediately placed in immigration detention.

This followed the rejection of his medical vaccine exemption on the 6th of January 2022.