A statement released just hours after Miyares and Republican Gov. Glenn Youngkin were sworn in detailed the nature of the probes and their part in a return to basic principles of law and order.

The move was a fulfilment of promises both men made on the campaign trail, as Breitbart News reported, when both men promised to “quickly move to protect Virginians’ freedoms.”

“One of the reasons Virginians get so fed up with government is the lack of transparency – and that’s a big issue here,” Miyares wrote.

“The Virginia Parole Board broke the law when they let out murders, rapists, and cop killers early on their sentences without notifying the victims. Loudoun County Public Schools covered up a sexual assault on school grounds for political gain, leading to an additional assault of a young girl.”

As Breitbart News reported, the final reference was to a case that saw a male student at Loudoun County’s Stone Bridge High School found guilty of sexually assaulting a female student in a girls’ bathroom in May. 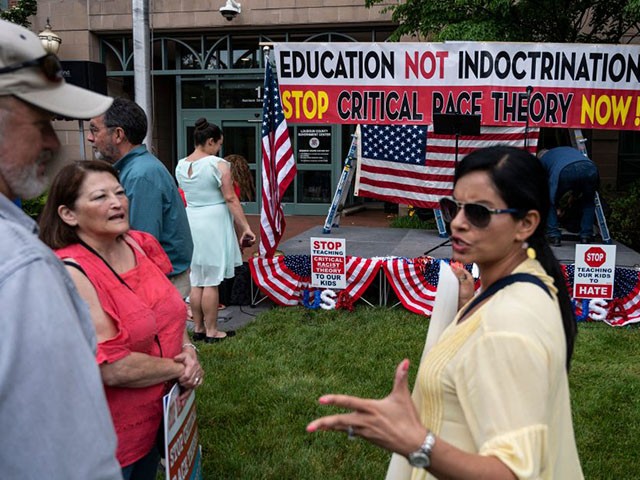 People talk before the start of a rally against “critical race theory” (CRT) being taught in schools at the Loudoun County Government center in Leesburg, Virginia on June 12, 2021. (ANDREW CABALLERO-REYNOLDS/AFP via Getty Images)