Mayor of Orange County, Jerry Demings (D), turned on Florida’s Republican governor Ron DeSantis on Tuesday, chiding him for being with his wife as she undergoes cancer treatment rather than tending to the needs of his broader constituents at the same time.

Demings said he’d been dealing with the hospitalization of his elderly father and the deaths of family members over the holiday season but had still been able to make public appearances to address coronavirus challenges and long waits for tests, AP reports.

Last week, Demings criticized DeSantis for not making any public appearances in response to the surging omicron variant. DeSantis has countered by saying he is not being driven by fear in his approach.

During a news conference Monday, DeSantis hit back again at his critics. He said he had been working, even if he wasn’t making public appearances, and that he had accompanied his wife, Casey, to her treatments for breast cancer.

He described the attacks as “not effective” and said his team has been trying “to get stuff done,” as Breitbart News reported.

“A lot of people, particularly people who have gone through breast cancer treatment, the notion that would be considered a vacation, I think is offensive to a lot of those folks,” DeSantis said. “When you are in a political arena, sometimes you are fortunate in the enemies you have, because these aren’t folks who aren’t shooting straight right now.” 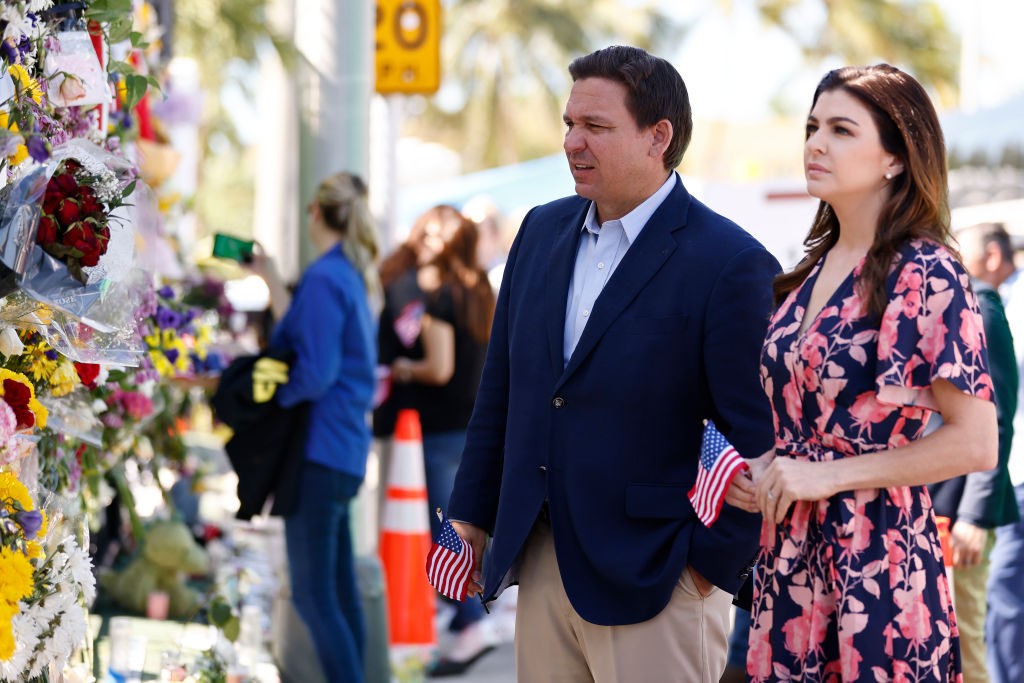 Florida Gov. Ron DeSantis and his wife, Casey, visit a memorial to those missing outside the 12-story Champlain Towers South condo building that partially collapsed on July 03, 2021 in Surfside, Florida.  (Michael Reaves/Getty Images)

“I guess I should have been at the beach in Delaware. They would have been really happy about that,” he quipped, referencing President Biden’s beach vacation.