Kamala Harris Dismisses Criticism of Her Job Performance: 'Nothing Easy' About VP Role

Vice President Kamala Harris addressed both her growing army of critics and sinking approval ratings in an interview published Sunday by citing the burdens of high office, claiming “there is nothing about this job that is supposed to be easy.”

In the report Harris chose to simply ignore her many failures since achieving office while carping that her critics simply do not understand the difficulties involved in discharging her duties.

“There is nothing about this job that is supposed to be easy,” Harris pleaded. “If something is coming to me, it’s because it needs to be addressed and because, by definition, it’s not going to be easy. If it was easy, it would have been handled before it comes to me,” the 57-year-old former California senator added.

Harris was twice offered the opportunity to address whether she would have done things differently if given the chance, choosing to ignore the question entirely even as her approval ratings and those of President Joe Biden tumble, as Breitbart News reported.

“I love people, and there’s so much that we are doing that is directly impacting and with the people in mind,” Harris said, ignoring the many criticisms of her own personnel management abilities as seen by recent high-profile staff departures from her office.

Harris instead went on to outline her goals for her second year in office, saying the desire to travel more around the U.S. to push Biden’s policies after “two years of COVID” remains strong.

She failed to add whether or not the travel would involve a trip to the porous southern border. 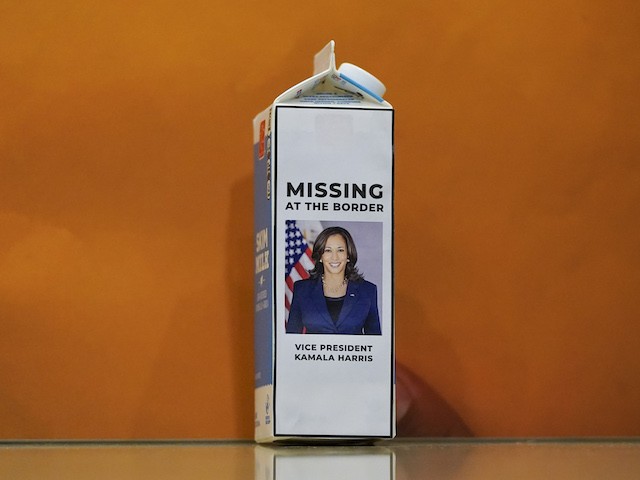 A milk carton with a picture of Vice President Kamala Harris sits on the floor during a press conference following a House Republican caucus meeting on Capitol Hill on April 14, 2021 in Washington, DC.  (Drew Angerer/Getty Images)

“I have always felt that my responsibility as an elected leader is to go to the people, especially when their needs must be addressed and they must know that they are being seen and being heard.”

She says she wants to help heal people with “undiagnosed trauma” and “anxiety” related to the coronavirus pandemic although the love does not seem to be reciprocated.

Support for her seeking a run at the top job in the next election cycle is flatlining.

Only 13 percent of Democrat voters said they would support Vice President Kamala Harris in 2024 if President Joe Biden does not run again. https://t.co/PZBAYdcaol

The publication of the Harris interview comes just seven days after a host of media critics took their turn at attacking Harris and the manner in which she has discharged her duties.

As Breitbart News reported, as news broke that four of her staff are keen to put as much distance between them and their boss as quickly as possible, media outlets at home and abroad lined up to excoriate her job performance.

Their attacks came after she flew to France for meetings with various dignitaries, and finished by going shopping for some pots and skillets after a leisurely stroll through Paris.

Harris saw the headlines as unfair. 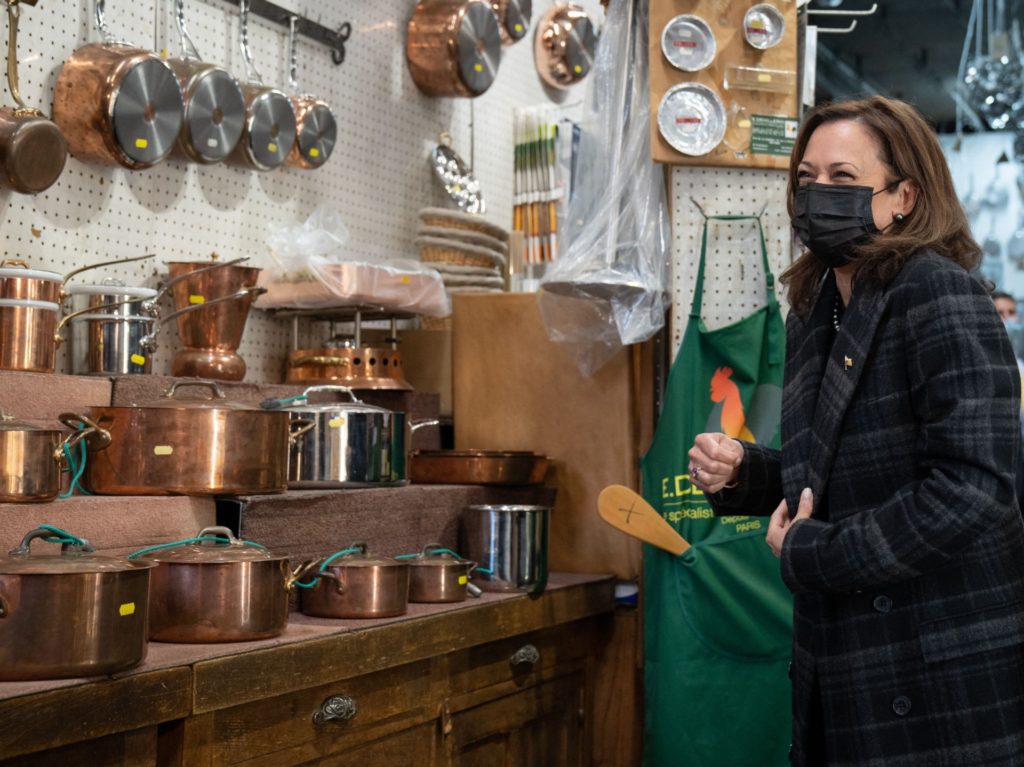 Harris later told reporters the cookware will be used in one of her Thanksgiving dinners.

Her diplomatic foray notably lacked the kind of coverage past American political dignitaries have received in France.

Politico noted the “visit to France has not garnered the kind of popular or media interest that visits by Presidents Barack Obama or Donald Trump did” and the “French media coverage has been minimal.”