Joe Rogan Falls Back on Comedy in Latest Attempt to Evade Cancel Mob: 'I Talk S**t for a Living'

Joe Rogan has pivoted back to his comedy roots in his latest attempt to address the cancel culture mob that has accused him of using his massively popular podcast to spread “misinformation” about the coronavirus vaccine.

In a stand-up comedy performance Tuesday in Austin, Texas, Rogan reportedly said he shouldn’t be taken seriously because of his background as a funny man. “I talk shit for a living — that’s why this is so baffling to me,” he told the Austin audience, according to The Hollywood Reporter.

He added: “If you’re taking vaccine advice from me, is that really my fault? What dumb shit were you about to do when my stupid idea sounded better? ‘You know that dude who made people people eat animal dicks on TV? How does he feel about medicine?’ If you want my advice, don’t take my advice.”

The stand-up appearance comes after Rogan issued multiple apologies that did little to placate the mainstream media and leftist celebrities who are engaging in a pressure campaign on Spotify to drop The Joe Rogan Experience, which has a bigger audience than many major news outlets, including CNN. 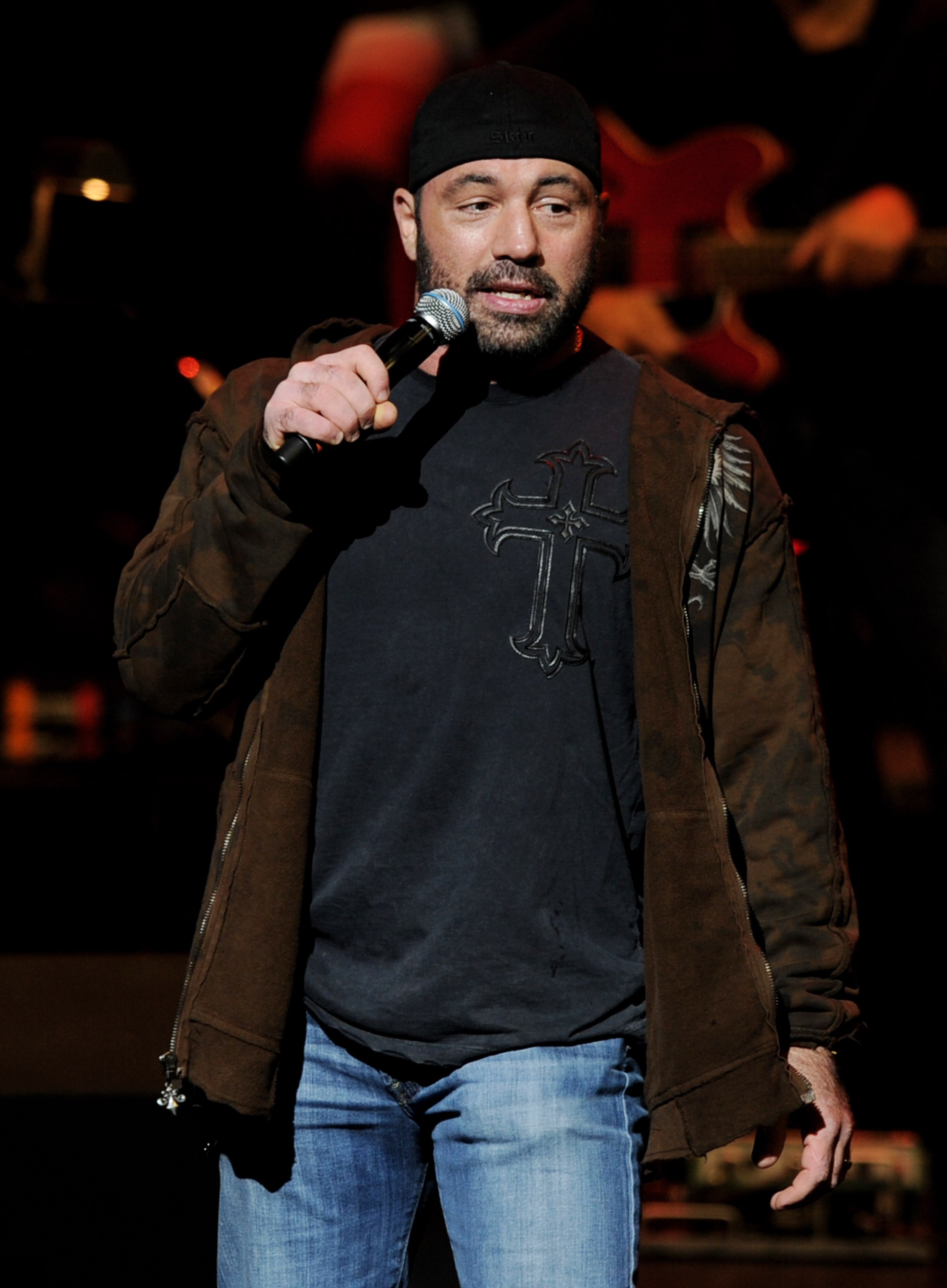 During his stand-up set, Rogan hit back at the outrage mob for digging up old interviews in which his used the n-word.

“I used to say it if [I was talking about] a Richard Pryor bit or something, I would say it in context,” he reportedly said, before adding: “I haven’t used that word in years. But it’s kind of weird people will get really mad if you use that word and tweet about it on a phone that’s made by slaves.”

Rogan said he won’t be accepting Rumble’s $100 million offer to jump ship from Spotify. “No, Spotify has hung in with me, inexplicably,” Rogan reportedly said during a Q&A segment of his stand-up appearance. “Let’s see what happens.”

As Breitbart News reported, Spotify recently mass-deleted dozens of episodes of the “Joe Rogan Experience” in response to the media’s pressure campaign. Spotify CEO Daniel Ek has also pledged to spend $100 million to promote diversity on the streaming platform.