Iran issued a broad range of death threats against Israel, the U.S. and the UK on Friday as the country paused to celebrate the “peace and harmony” embodied in the 43rd anniversary of the Islamic Revolution.

Crowds of between “hundreds of thousands” to “millions” of Iranians took to the streets of Iran in a multitude of vehicles – from bicycles to cars – in an effort to avoid the mass spread of coronavirus which has heavily affected the nation.

Their joint aim was to celebrate another anniversary of the Iranian Islamic Revolution which is remembered annually on the 11th of February. 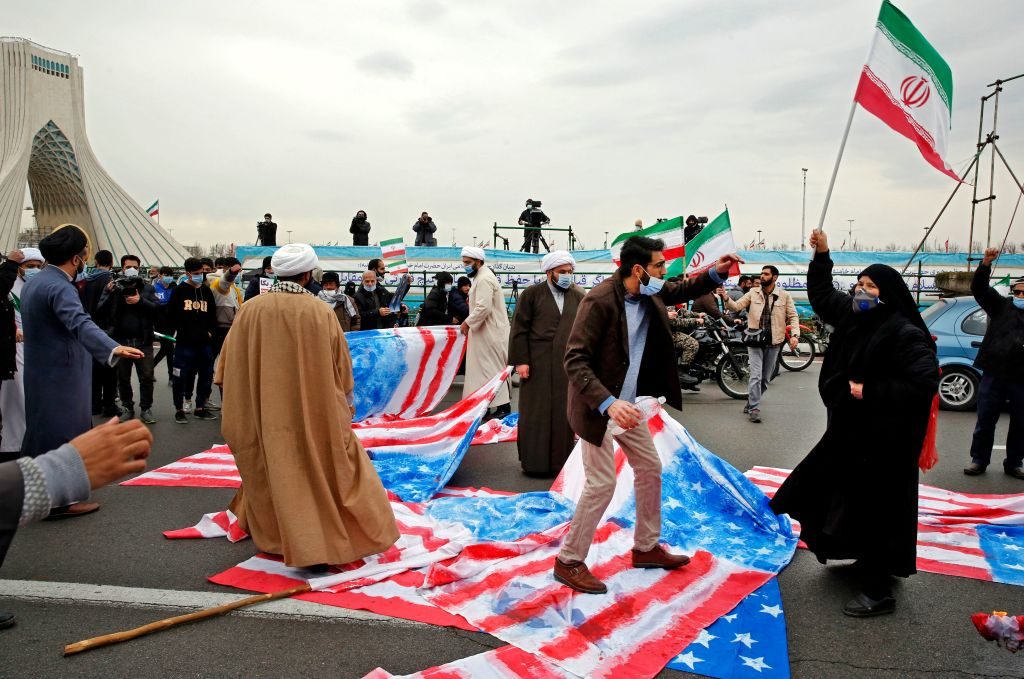 Iranians prepare to burn a U.S. flag during a rally marking the 43rd anniversary of the 1979 Islamic Revolution, at the Azadi (Freedom) square in Tehran, on February 11, 2022. (STR/AFP via Getty Images) 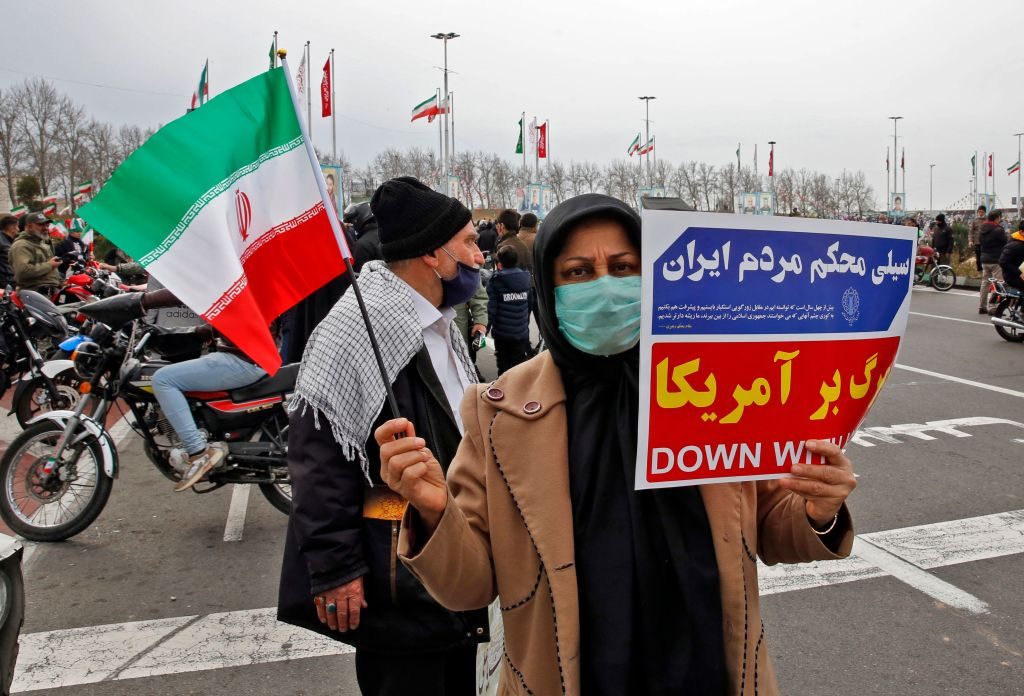 Iranians take part in a rally marking the 43rd anniversary of the 1979 Islamic Revolution, at the Azadi (Freedom) square in Tehran, on February 11, 2022. (STR/AFP via Getty Images)

The Islamic Revolution was the seizure of control of Iran by Islamist forces who in a nationwide referendum deposed the previous ruler and transformed Iran from a pro-Western absolute monarchy headed up by Shah Mohammad Reza Pahlavi, into an Islamic dictatorship.

Despite the festivities being on wheels this year, they are no less anti-West than usual with attendees reportedly carrying placards that read “Death to America”, “Death to Israel” and “Death to Britain”, alongside ones in support of Iran and their Supreme Leader Ayatollah Khamenei, Fars News an Iranian state magazine run by the Islamic Revolutionary Guards Corps reports.

Reports also surfaced of protestors holding placards commemorating the Iranian General Qassem Soleimani who was killed at Afghanistan’s Baghdad airport in an airstrike authorised by former President Donald Trump in 2020 – with the U.S. alleging Soleimani was responsible for orchestrating and enabling multiple terrorist attacks against American forces.

Alongside remembering the terrorist general attendees swore to “take a harsh revenge for his martyrdom” on any and all of Iran’s foes. 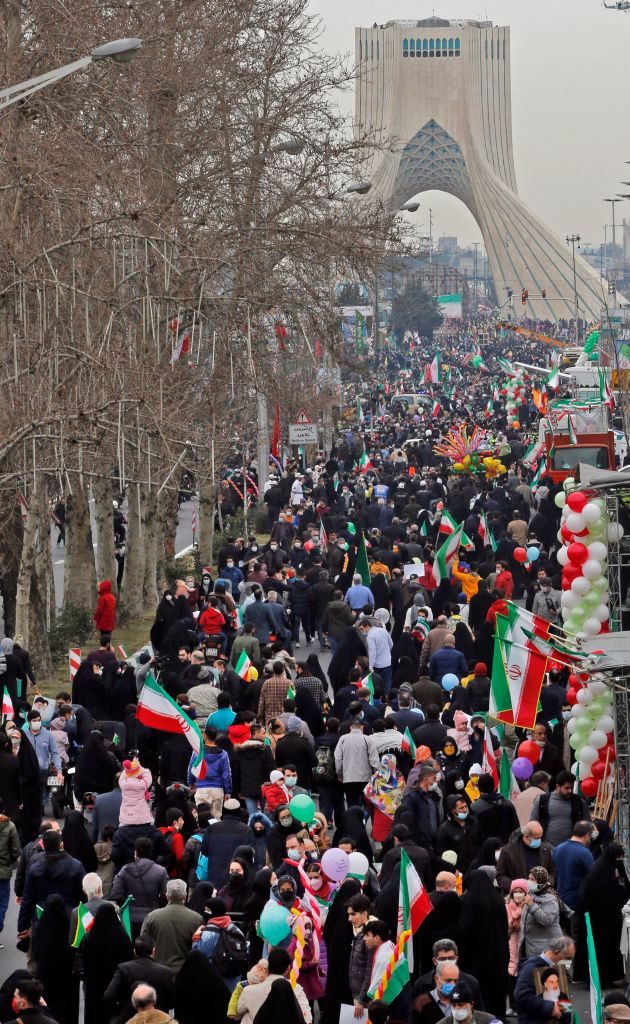 Iranians take part in a rally marking the 43rd anniversary of the 1979 Islamic Revolution, at the Azadi (Freedom) square in Tehran, on February 11, 2022. (STR/AFP via Getty Images)

The anti-Western celebrations come at a time when Iran is keen to end economic sanctions imposed on the nation under Trump in 2018, following his withdrawal from President Barrack Obama’s nuclear deal, that allowed the removal of economic sanctions in return for Iran limiting how much uranium it enriched – a key component of nuclear weapons.

President Joe Biden is more open to engaging with the terrorist-sponsoring state, including reviving the nuclear deal, in return for Iran restricting its nuclear programme.

However, Iran is reportedly weeks away from developing its first nuclear missile and unveiled on Wednesday that it had a new long-range missile with a target range of 1,450 kilometers.