George W. Bush admitted to a less than stellar understanding of foreign affairs when he first encountered Britain’s ambassador to the U.S. in 1998. The pair came together ahead of Bush announcing his run for the presidency.

The rare moment of personal insight arrived when Sir Christopher Meyer traveled to meet the then Texas governor, according to newly released files from the UK National Archives as seen by the Daily Mail.

Bush was reportedly candid in admitting his ignorance of international relations despite his own father having been president from 1989 to 1993.

“Bush admitted that, apart from Mexico, he did not know much about international affairs and that he would do well to broaden his experience,” Sir Christopher wrote in his own notes now held in the archives. “His world view – as he is well aware – is largely limited to the Texan and Mexican horizons.” 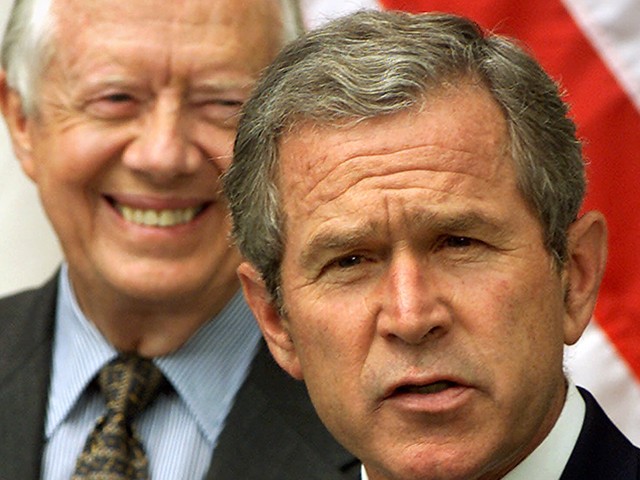 The ambassador urged him to visit the UK, but the future president hesitated and said he could not afford to be seen undertaking high-profile foreign travel ahead of gubernatorial elections that autumn.

During what was described as “an amiable 40-minute conversation” in the governor’s office in Austin, Bush insisted he had not made up his mind whether to make a run for the presidency in 2000.

“He was concerned for his family. Washington was a zoo, an ugly place. Of course he could not deny that he had a real interest in running,” Sir Christopher noted, adding public speculation was also limited.

“The Texas electorate would not forgive him if he appeared to be taking his eye off the business of governing Texas,” Sir Christopher reported.

He predicted if Bush did decide to seek the Republican Party nomination, he was regarded in the political salons in Washington as “by far the front runner.”

“This meeting confirmed my first snap opinion of George W: Very personable and with a good self-deprecating sense of humour,” the diplomatic representative noted.

Bush served two terms as president between 2001 and 2009. His eight-year spell in the White House was dominated by the twin demands of military conflicts in Afghanistan and Iraq.