In an unprecedented step, far-left funding platform GoFundMe has announced it will “redirect” donations intended for the Canadian Freedom Convoy to “credible and established charities” that are chosen by Freedom Convoy organizers and “verified by GoFundMe.”

In what is likely to go down in history as one of the most brazen actions ever taken by a Big Tech platform, money sent by small donors to the Freedom Convoy will be redirected to causes that the donors never intended to support, unless they request a refund before February 19. 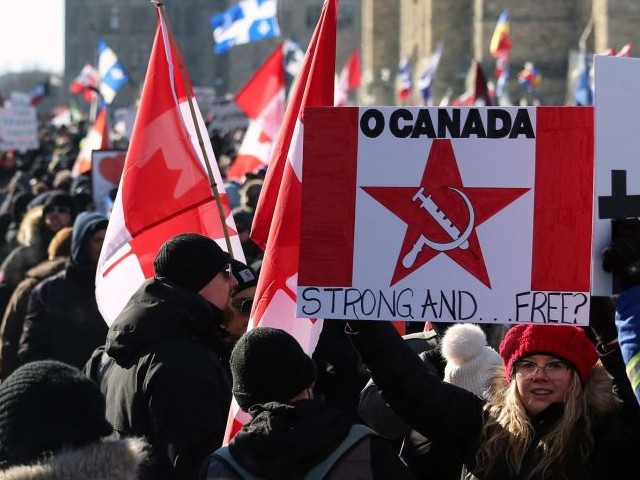 Supporters of the Freedom Convoy protest Covid-19 vaccine mandates and restrictions in front of Parliament on January 29, 2022 in Ottawa, Canada. – Hundreds of truckers drove their giant rigs into the Canadian capital Ottawa on Saturday as part of a self-titled “Freedom Convoy” to protest vaccine mandates required to cross the US border. (Photo by Dave Chan/AFP via Getty Images) 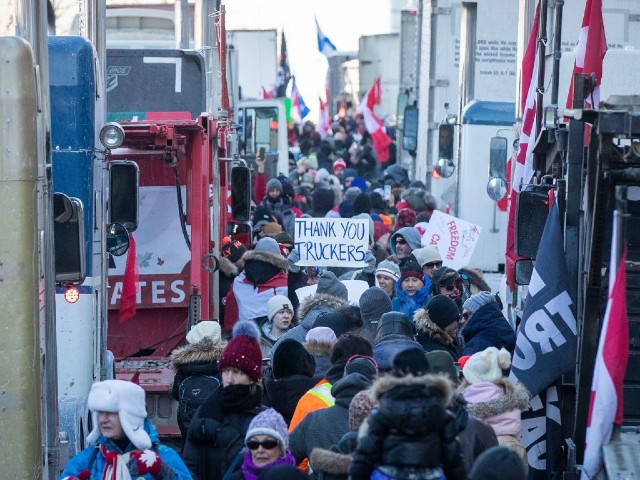 Supporters arrive at Parliament Hill for the Freedom Truck Convoy to protest against Covid-19 vaccine mandates and restrictions in Ottawa, Canada, on January 29, 2022. – Hundreds of truckers drove their giant rigs into the Canadian capital Ottawa on Saturday as part of a self-titled “Freedom Convoy” to protest vaccine mandates required to cross the US border. (Photo by LARS HAGBERG/AFP via Getty Images)

It is the latest in a long line of politically biased decisions by the platform which has driven many conservative activists to alternative platforms, such as the Christian-owned competitor GiveSendGo.

All donors may submit a request for a full refund until February 19th, 2022 using this dedicated refund form.

The Freedom Convoy, which was created by Canadian truckers to protest draconian coronavirus restrictions in the country, has captured attention around the world.

Galvanized by their effective, peaceful resistance against two years of government restrictions on everyday activities, people around the world pledged over $10 million in small donations to the Canadian truckers through GoFundMe.

But, because the fundraiser was held on a far-left platform known for shutting down fundraisers and even freezing funds destined for causes popular with conservatives, a large portion of that money (maybe even most of it, if donors aren’t alerted to the situation, and the refund deadline) is likely to be redirected to causes and charities that are vetted by GoFundMe.

The same platform that allows users to solicit donations for violent BLM-supporting felons who assaulted police officers says it took the decision because of “police reports of violence and other unlawful activity.”

GoFundMe’s decision to effectively steal the funds was welcomed by the Ottawa police and by the city’s left-wing mayor, Jim Watson.

We want to thank @gofundme for listening to our concerns as a City and a police service. The decision to withhold funding for these unlawful demonstrations is an important step and we call on all crowdfunding sites to follow.

NEW:
I want to sincerely thank the team at @gofundme for listening to the plea made by the City and the Ottawa Police to no longer provide funds to the convoy organizers. 1/3

The move drew political condemnation from across the border. Arizona senate candidate and former venture capitalist Blake Masters said GoFundMe executives should be arrested for “fraud and theft” if the money is sent to left-wing nonprofits.

If GoFundMe steals the truckers’ money & sends it to left-wing non-profits, the company’s executives should be arrested and tried for fraud and theft.

GoFundMe has a long history of bias, including banning a legal fundraiser for Kyle Rittenhouse before the teenager, now cleared of all charges,was ever convicted of a crime.

The platform also banned a fundraiser for a Texas nurse seeking to overturn an employee vaccine mandate, an election integrity project launched shortly after the 2020 election, and a fundraiser launched by conservative commentator Candace Owens for a café owner who criticized George Floyd and BLM protesters during the 2020 summer riots.