A Republican congressman from Florida claims that NBC refused to air an ad criticizing China during the 2022 Genocide Games in Beijing.

Waltz also took aim at the International Olympic Committee (IOC) for allowing a notorious human rights abuser like China to host the Games. 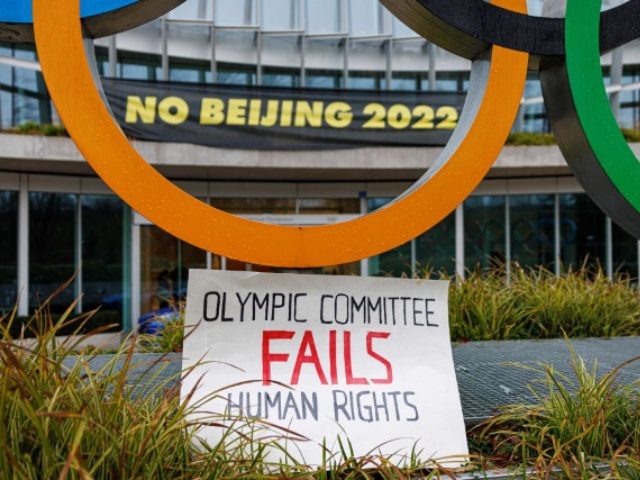 “This is the equivalent of holding the Olympics in Germany in the 1940s or Rwanda during their atrocities,” Waltz told the New York Post. “It is beyond the pale that the [International Olympic Committee] didn’t move the games.”

“I think the companies supporting it should be absolutely ashamed,” the Florida Republican said. “Many of them preach social justice and contribute millions of dollars to social justice causes and yet are turning a blind eye to the genocide going on. Many of them are complicit with their own supply chains.”

The ad also featured some star power in NBA player and human rights activist Enes Kanter Freedom. Over the past several months, Freedom has become one of the most vocal critics of China’s genocide against its Uyghur Muslim population.

Heartless Dictator of China,
XI JINPING and the Communist Party of China.

I am calling you out in front of the whole world.
Close down the SLAVE labor camps and free the UYGHUR people!

NBC announced on Friday that it would not run the ad. A spokesman for Congressman Watz told the Post that the spot would not run unless the companies doing business with the communist Chinese had their logos removed.

“NBC will not run our ad unless we remove the corporate logos of companies,” spokesman James Hewitt said.

Though, according to NBC, the ad was not actually rejected.

“The ad was not rejected. Per NBCUniversal’s long-standing advertising guidelines, changes to the ad were requested so it could air,” a network spokesman explained.

However, as Hewitt said, not including the corporate logs of the companies involved defeats the purpose of an ad created to draw attention to those businesses.

China has routinely denied systematically abusing and enslaving its Uyghur population. Though, with 43 nations having filed complaints with the United Nations over China’s treatment of the Uyghurs, one would be hard-pressed to find an issue of greater international agreement.

Congressman Waltz’s ad, which would have drawn more attention to China’s abuses, ends with the congressman urging Americans to strike back against China by rejecting their goods: “When you see made in China, put it down.”