Enes Kanter Won't Back Down: Saudi King Is a Fake Muslim for Not Boycotting China 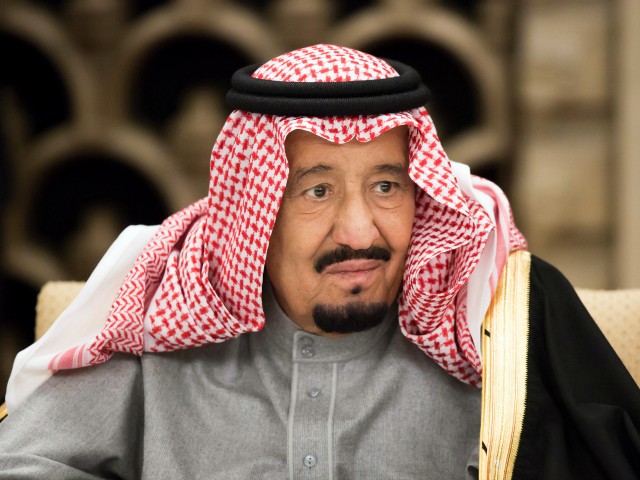 Kanter accused them of using their Islamic faith “for show” and not actually adhering to the faith by failing to act against China’s persecution of Muslims.

Heartless Dictator of China,
XI JINPING and the Communist Party of China.

I am calling you out in front of the whole world.
Close down the SLAVE labor camps and free the UYGHUR people!

“There is a genocide happening right now – right now, as I speak this message,” Kanter asserted, detailing the extensive human rights abuses that the Communist Party is currently perpetrating against the Uyghur people of East Turkestan, who have a separate cultural, religious, and ethnic identity from the majority Han who govern from Beijing.

“Torture, rape, forced abortions and sterilizations, family separation, arbitrary detention, concentration camps, political reeducation, forced labor – this is happening right now to more than 1.4 million Uyghurs,” Kanter stated, echoing extensive reporting by human rights organizations and journalists in the past five years. The U.S. government estimated that, at their population peak, China’s Muslim concentration camps housed as many as three million people. The Chinese government has since emptied some of those prisons by selling its victims as slaves.

Kanter, who is a Muslim follower of the Hizmet movement led by cleric Fethullah Gülen, then went on to condemn not just Xi and the Communist Party, but a list of prominent and powerful fellow Muslims for failing to defend their community.

“It is shameful and sad how you have decided to prioritize money and business with China over human rights. You call yourself Muslims, but you are just using that for show – you simply do not care about people,” he concluded.

“Your silence and your inaction is complicit,” he concluded.

Kanter’s public criticism of the Chinese Communist Party follows two years of tense relations between China and the National Basketball Association (NBA), whose teams are highly popular in the country and generate billions of dollars there. In addition to the league itself, many individual players and teams enjoy lucrative sponsorship deals with Chinese companies and other critical business times.

Those ties suffered after an NBA official – then-General Manager Daryl Morey of the Houston Rockets – posted a message on Twitter reading “Fight for Freedom, Stand with Hong Kong.” At the time, millions of people in Hong Kong were regularly taking the streets for peaceful protests against communism triggered by Beijing violating the “One Country, Two Systems” policy that once kept the city capitalist. The Communist Party has since passed a “national security law” essentially curtailing all political freedoms in Hong Kong and imprisoned or forced into exile most high-profile pro-democracy leaders. 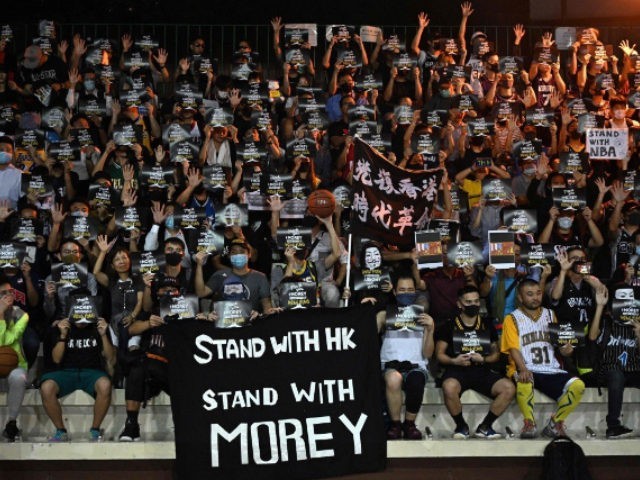 China responded by taking NBA games off of live television broadcasts, relegating them to the Tencent streaming service, and breaking major business contracts. Tencent is currently also not streaming games in which Morey’s current team, the Philadelphia 76ers, are participating, indicating the Chinese regime has not moved on from the incident.

“The magnitude of the loss will be in the hundreds of millions of dollars,” NBA Commissioner Adam Silver said of the loss in Chinese business following Morey’s remark.

At the time, Kanter did not publicly weigh in on the Hong Kong protests. He did, however, criticize fellow basketball player LeBron James for complaining that, by taking a moral stand, Morey had jeopardized James’s personal finances. (James is currently believed to be worth $850 million.)

“Wow dude!” Kanter posted on Twitter, later listing the many abuses he and his family have suffered at the hands of another authoritarian, Recep Tayyip Erdogan of his native Turkey, for both being a member of Gülen’s movement and for defending human rights and freedom of speech.

Kanter notably did not mention Erdogan’s ongoing business dealings with China. While Erdogan maintains friendly ties to the Communist Party, Turkey has, albeit tepidly, expressed discomfort with the genocide of Muslims in China, and Erdogan described the treatment of Uyghurs as a “genocide” in 2009. Ankara, nonetheless, signed an extradition treaty with China in 2020 that could result in the deportation of Uyghur refugees back to China.