Chinese citizens on Thursday marked the second anniversary of Wuhan doctor Li Wenliang sharing a warning to fellow health workers that a SARS-type respiratory disease had begun spreading in the city, a warning for which police detained and “handled” him shortly before he allegedly died of the same disease.

Li’s page on Weibo, one of China’s few legal social media sites, became a meeting place for grieving Chinese citizens in the aftermath of his death in early February 2020. Li himself, dead at 34 after reportedly contracting Chinese coronavirus from a patient, has become a martyr of the anti-pandemic cause, his death prompting nationwide outrage. Chinese Communist Party officials have attempted to co-opt him as a hero of the dictatorship and blamed local police for his detention.

In an apparent attempt to keep popular outrage from boiling over, the Chinese regime has not removed Li’s Weibo page and has allowed users to post tributes there. The South China Morning Postlikened the page on Thursday to a “tree hole,” meaning a quiet place for people to reflect and vent their emotions in peace. At press time, no reports of any arrests linked to anti-regime sentiment on Li’s page have surfaced, though such arrests are always possible under the Chinese crime of “picking quarrels and provoking trouble.” 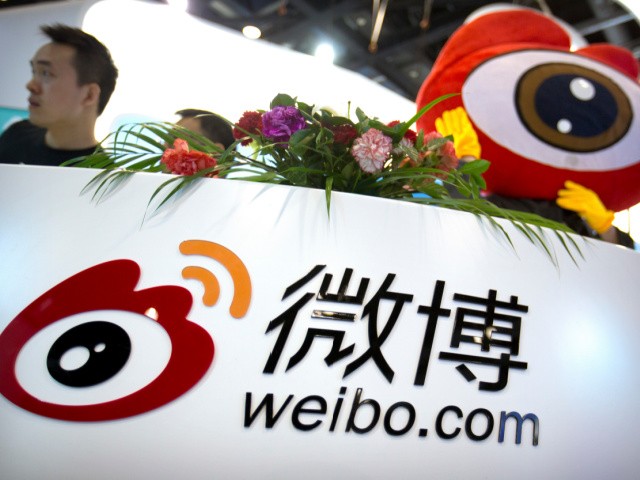 Li’s final post before his death, confirming that he tested positive for Chinese coronavirus on January 31, 2020, has attracted more than one million comments in the past two years. Many of the latest posts, published on Thursday, are statements of gratitude for his work. Others are messages directed to Li personally, asking, “Are you ok over there?” This refers to the afterlife or wishing him a happy new year.

Some individuals simply posted their own life updates, sharing their dinner plans with the late doctor or discussing how much their children had grown since he died. Still others attempted to update him on the disastrous coronavirus situation in China currently, writing to him that the regime had locked down the northern city of Xi’an. The Communist Party locked down Xi’an, a major historical site for ancient Christianity, on December 23 and intensified that measure shortly thereafter – banning residents from leaving their homes even to buy food. As of Thursday, desperate Xi’an residents have turned to the Internet to protest that they are running out of food and starving at home, with no help from the communist government and no ability to ask the police for help.

The situation in Xi’an resembles that of Wuhan shortly after Li’s death, when police welded people shut in their homes to prevent them from leaving and reports mounted of people dying alone at home of starvation or lack of access to necessary medicine. Unlike in Wuhan, Chinese officials have admitted through state media arms that the Xi’an lockdown – and a growing number of similar measures around the country – are in part dramatic attempts to show the world that China will offer a safe atmosphere for the 2022 Beijing Winter Olympics, scheduled to begin on the same week as the anniversary of Li Wenliang’s death. The Olympics have been plagued by a variety of global criticisms and condemnation, most prominently, calls for a boycott in response to China’s ongoing genocide of Uyghurs and other ethnic minorities in the west of the country.

Li Wenliang was working as an opthalmologist in late 2019 when he began noticing a growing number of patients suffering from symptoms akin to viral respiratory disease. He took to WeChat, another government-controlled social media outlet, and sent a message to a group of health workers warning them of the disease. WeChat, unlike Weibo, is not a platform to post publicly; Li only posted the message to other members of his group.

“Seven cases of severe acute respiratory syndrome (Sars) from the Huanan Seafood Wholesale Market,” he wrote. SARS (Sudden Acute Respiratory Syndrome) is a disease caused by a different coronavirus; the Chinese coronavirus has since been officially named SARS-CoV-2. A month later, the head of the Chinese Center for Disease Control (CDC), Gao Fu, claimed that the Huanan Seafood Market was the “origin” of the virus, but the Communist Party has since abandoned that theory and claimed, without evidence, that the virus originated in Maryland.

“Some internet users have been publishing and forwarding fake news without verification, which has had an adverse social impact,” a police statement published in January read. “Eight people who engaged in illegal activities were summoned and their cases handled according to law, following a police investigation.”

Li was among the eight people; police never clarified who the other seven were or if they are currently alive. Police forced Li to sign a humiliating apology for urging fellow health workers to take infectious disease precautions like washing their hands. 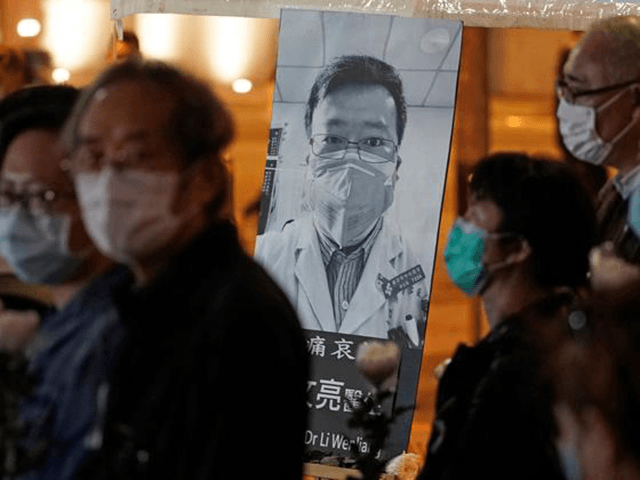 In this Feb. 7, 2020, file photo, people wearing masks attend a vigil for Chinese doctor Li Wenliang, who was reprimanded for warning about the outbreak of the new coronavirus, in Hong Kong (AP Photo/Kin Cheung, File).

“People are grieving and furious, and have begun raising questions about why the hospital gave him emergency treatment for an excessive five hours after his heart had stopped beating,” the Global Times, a state propaganda outlet, admitted at the time.

Beijing fought the anger by joining along, organizing events and publishing statements honoring Li and condemning local Wuhan officials while attempting to create distance between Wuhan police and the national Communist Party. In Wuhan, however, Li’s family endured persecution for months. Even a year later, Radio Free Asia (RFA) reported that Li’s wife and children were facing “relentless pressure” from the Communist Party and incessant surveillance to ensure they did not publicly condemn the regime.

“The authorities have also put huge pressure on Li’s elderly parents, who have been unable to get over their son’s untimely death, to prevent them from talking to the media,” RFA reported.