A top Chinese government propagandist dismissed President Joe Biden’s apparent promise to aid Taiwan against a Chinese invasion, stating on Friday that Biden was “just too old to think clearly.”

Chen Weihua, a senior editor at the state-run China Daily known for posting sexist and belligerent insults on Twitter, made the comment in reaction to the White House backtracking Biden’s remarks, stating that “no change” in American policy had occurred to inspire Biden to say the U.S. military would intervene in a potential Beijing-Taipei clash.

Biden made the remark Thursday night during an appearance on CNN. Asked directly if America would “defend” Taiwan should China attack, Biden said, “yes, we have a commitment to do that.” While legislation exists requiring America to “support” Taiwan in vague terms, America has no defense treaty with Taiwan because it refuses to accurately categorize Taiwan as a state out of fear of harming relations with China.

The Communist Party of China does not, as a policy, keep diplomatic ties to any nation that recognizes Taiwan’s sovereignty. 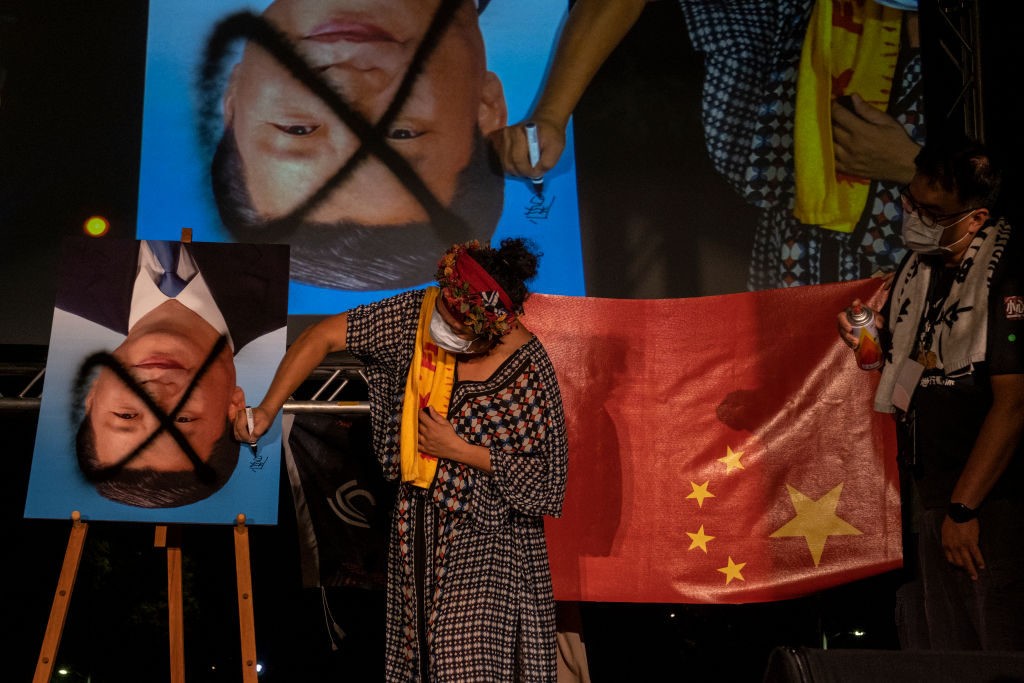 Taiwan is an entirely separate state from China never governed by the Chinese Communist Party in its history. Beijing insists inaccurately, however, that Taiwan is a “province,” and that its president and entire government structure is a dangerous “separatist” movement.

Chen attributed the confusion regarding the Biden administration’s Taiwan messaging to the president’s advanced age, “to be blunt.”

He is just too old to think clearly. To be blunt

Chen claims to be the European bureau chief for China Daily but uses his presence on Twitter – a privilege not allowed regular Chinese citizens – to hurl abusive language at American politicians, as well as conservatives from other countries. His most high-profile embarrassing display occurred last year, when he decided to repeatedly call Senator Marsha Blackburn (R-TN) a “bitch” for condemning the Chinese Communist Party, an institution that both the Biden and Trump administrations found guilty of genocide.

More recently, Chen attacked British politician Nigel Farage as a “big joke” and replied to a critical comment he made on China with “wear a mask and stop talking shit.” The mask is a reference to hygienic practices adopted in response to the Chinese coronavirus pandemic, which began in Wuhan, China, and infected the world largely as a result of Communist Party abuses.

The Global Times, another Chinese government propaganda outlet, published an editorial on Friday that appeared to agree with Chen’s assessment that Biden had deviated from his own administration’s policy in a way that would not result in any concrete actions. The editorial, titled “Biden Won’t Make Good on ‘Defend Taiwan’ Claim,” asserts that Biden could not change the policy to mandate a military response to China even if he wanted it, despite being the nation’s commander-in-chief. 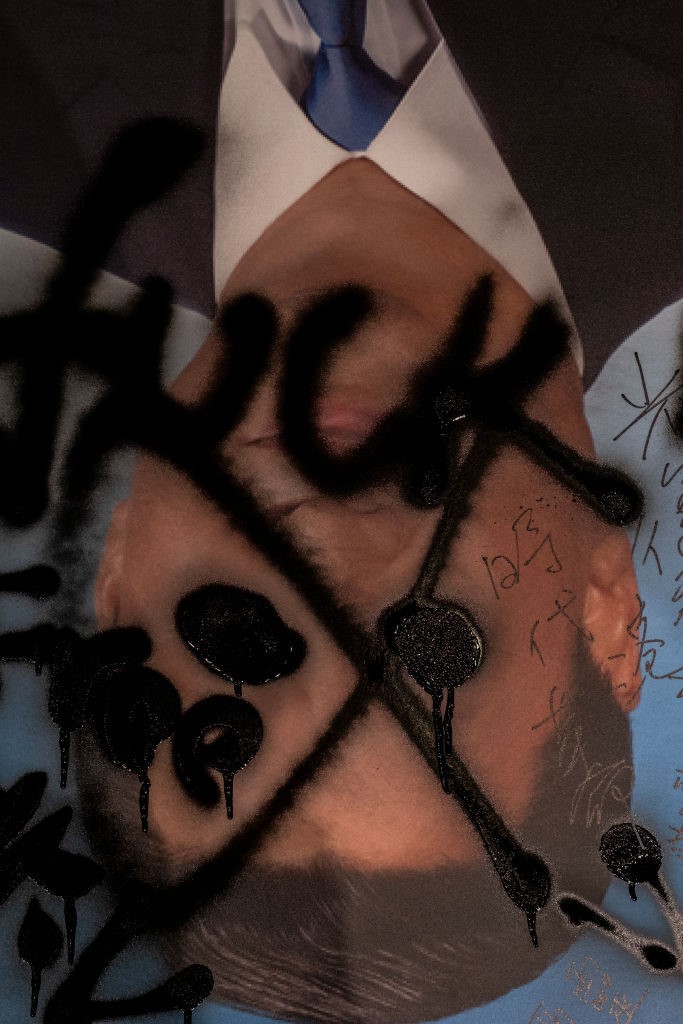 Protesters paint over an upside down portrait of Chinese leader Xi Jinping during an anti-China protest on October 1, 2021 in Taipei, Taiwan.(Lam Yik Fei/Getty Images)

“Biden does not have the political authority to announce that the U.S. military will ‘defend Taiwan’ when a war breaks out, nor does he have the confidence to have a strategic collision with [China] in the Taiwan Straits,” the newspaper editors wrote. “So, even if he dared to make a slip of the tongue, he would dare not really think so from the bottom of his heart.”

The Global Times went on to note that “basic U.S. policy or laws” also did not support Biden’s claim that Washington had at any point in time committed to military support for Taiwan in the event of a Chinese attack.

“US diplomats could explain Biden’s rhetoric as ‘a slip of the tongue.’ Since Biden often speaks incautiously, many people may also think that way,” the editorial concluded. “Whether it is a slip of the tongue, such a statement will not influence the Chinese mainland’s determination and will over its stance on cross-Straits ties.”

The same publication hedged its own assessment, however, with that of “experts” quoted in a separate article, who warned that the offhanded Biden remark “should not be seen as a slip of the tongue or an accident” and China should respond by being “fully prepared for tactical interventions by the U.S.” While dismissing the entirety of America’s Taiwan policy as “vague and complicated,” the “experts” noted that Biden had already claimed he would respond with military force to an invasion of Taiwan in the past and suggested that Biden may wish to see war erupt in the region but is attempting to start one without the blame falling on America.

“Do not stand on the opposite side of the 1.4 billion people,” spokesman Wang Wenbin said, referring to the population of China. “On issues that bear on China’s sovereignty, territorial integrity and other core interests, no one shall expect China to make any compromise or trade-offs.”