Morrison´s 76,000 WeChat followers were told his page had been reframed as “Australian Chinese new life” earlier this month and his photograph had been removed, the Sydney Daily Telegraph newspaper reported. The changes were made without the government´s knowledge, the report added.

In response to a question from the Associated Press, WeChat’s parent company Tencent said there was “no evidence of any hacking or third-party intrusion,” related to Morrison’s account.

“Based on our information, this appears to be a dispute over account ownership,” the company said.

In accordance with Chinese regulations, Morrison’s public account was registered with a Chinese citizen and was later transferred to its current operator, the company said.

It identified the present owner of the account only as a “technology services company,” adding it would “continue to look into this matter further.”

Joint Parliamentary Committee on Intelligence and Security Chair James Paterson accused the Chinese Communist Party of censoring the prime minister with Australia’s elections due by May, Reuters reports.

Paterson, who is a member of Morrison´s conservative Liberal Party, called on all lawmakers to boycott the platform. 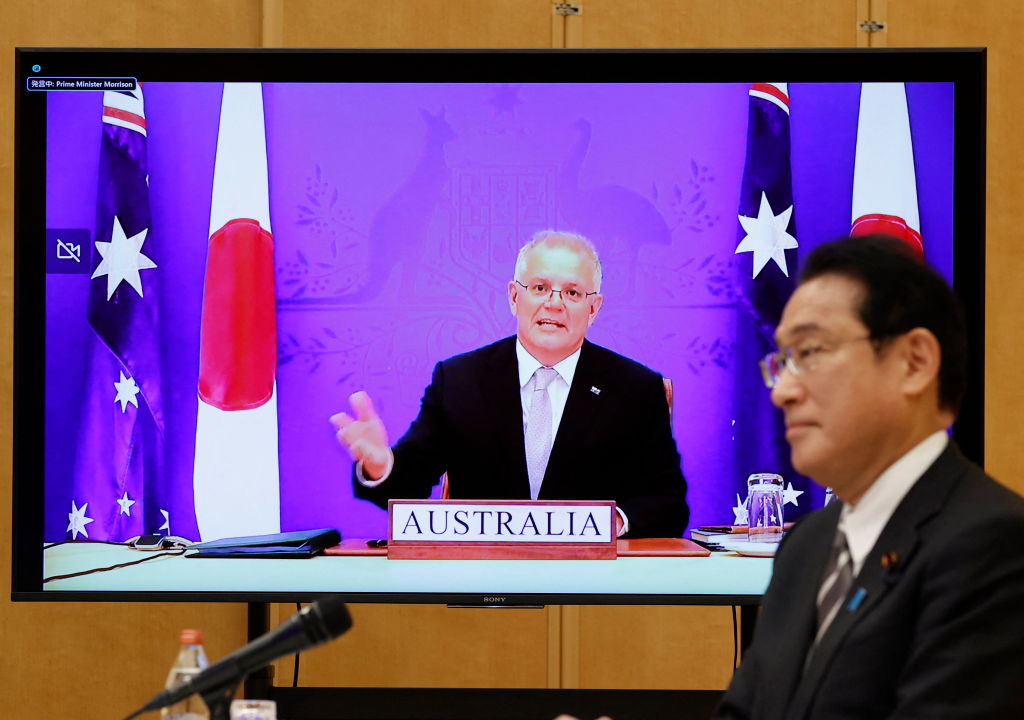 “What the Chinese government has done by shutting down an Australian account is foreign interference of Australian democracy in an election year,” Paterson said.

The governing conservative coalition led by Morrison has long been at odds with Beijing over its aggression in the Indo-Pacific region and lack of candour over the origins of the coronavirus, with Canberra calling on Beijing to account for its actions.

China’s response has been to retaliate with a trade war and bar a host of Australian products resources from entry.

The Australian government’s call for China to explain its bungled handling of the deadly coronavirus pandemic could spark a boycott by Chinese consumers. https://t.co/OxT3IvMQo7

In November, 2020, Australia announced it will join Japan in a regional defense pact designed to bolster their standing against Beijing’s growing military power and assertiveness in the Indo-Pacific region, as Breitbart News reported.

The new agreement comes after recent calls for the creation of a regional NATO-type defence alliance to act as a counterbalance to China in a charged geopolitical landscape across Asia and the Indo-Pacific.