China’s Foreign Ministry responded to President Joe Biden on Friday after the latter claimed America had a “commitment” to aid Taiwan should the Communist Party invade it, asserting Beijing had “no room for concessions” on its Taiwan policy.

Taiwan is a sovereign island state off the coast of China that maintaines an entirely separate government, military, and society from China. The Communist Party insists, however, that Taiwan is a “province” of China, and regularly threatens to violently subjugate its democratically elected government.

The People’s Liberation Army (PLA) set a record for illegal incursions into Taiwanese airspace this month; Taiwanese officials warned that Beijing may have the ability to successfully invade Taiwan by 2025.

CNN host Anderson Cooper asked Biden during a town hall on Thursday if his administration would consider military action to protect Taiwan in the event of a Chinese invasion. America does not recognize Taiwan’s sovereignty – China refuses to maintain any diplomatic ties to countries that do – and American officials have refused to offer a concrete answer to that question for decades.

“Yes, we have a commitment to do that,” Biden replied.

Biden did not elaborate on when or how the United States committed to defend Taiwan from such an invasion. As the United States does not formally consider Taiwan a country, it cannot sign any defensive or other treaties with it.

The Taiwan Relations Act (TRA) does require America to support Taiwan, without strictly requiring military action. Washington typically fulfills this requirement through allowing Taiwan to maintain representative offices in the country – though Taiwan cannot formally consider them embassies or consulates – and selling weapons to the Taiwanese military. 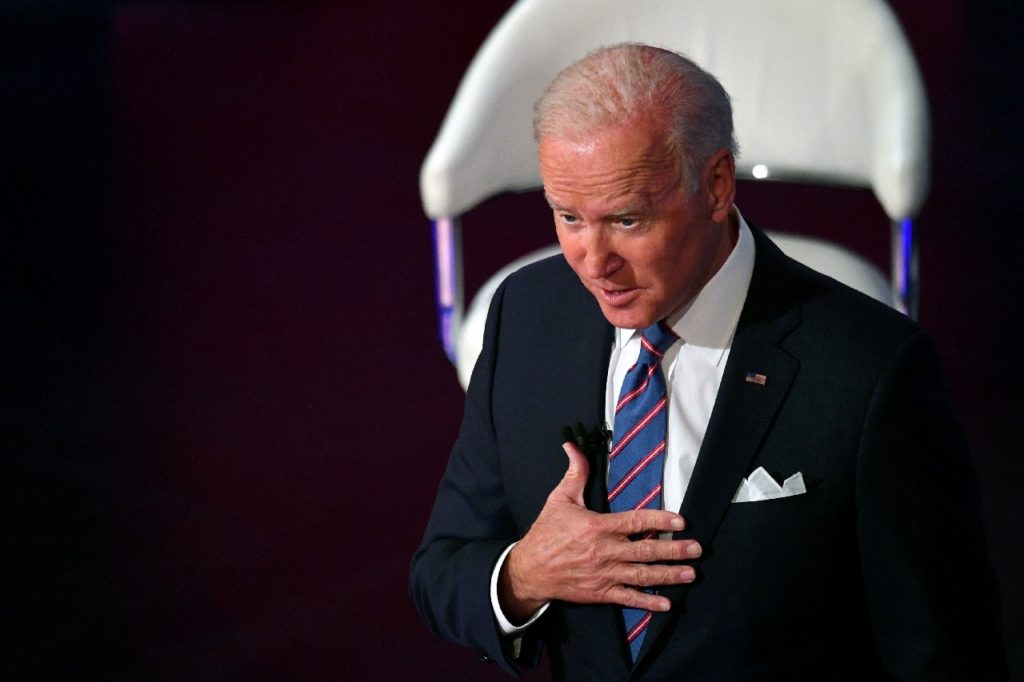 “The president was not announcing any change in our policy and there is no change in our policy,” an unnamed White House spokesperson told reporters soon after the televised event, apparently contradicting the president. “We will uphold our commitment under the act, we will continue to support Taiwan’s self-defence, and we will continue to oppose any unilateral changes to the status quo.”

“No one should underestimate the determination and the capacity of the Chinese people to maintain [China’s] sovereignty and territorial integrity,” spokesman Wang Wenbin said during his regular press briefing on Friday.

“China has no room for concessions when it comes to its core interests.”

Wang’s tone on Friday appeared consistent with that of the Foreign Ministry for years. The ministry had most recently warned the Biden administration against “irresponsible remarks” about China at the beginning of the month in response to support for Taiwan from State Department spokesman Ned Price at the time. 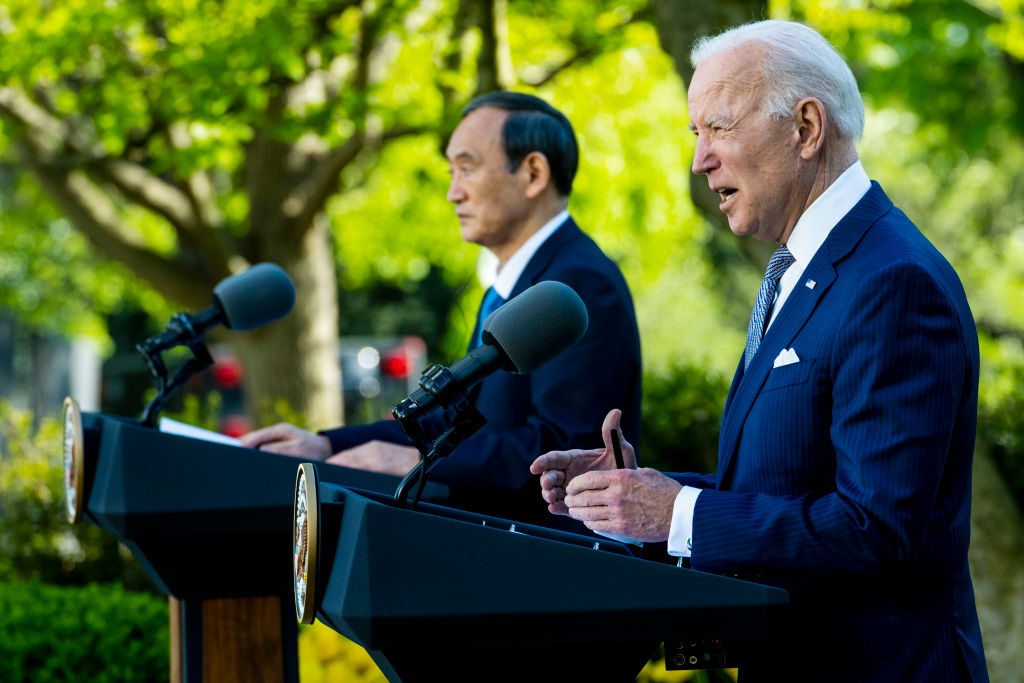 “Taiwan independence leads nowhere,” Foreign Ministry spokeswoman Hua Chunying said at the time. “China will take all necessary measures to resolutely crush all attempts at Taiwan independence. China has firm resolve and will to safeguard national sovereignty and territorial integrity.”

That most recent flare-up prompted Biden to say that he had discussed Taiwan with dictator Xi Jinping in September and that he left the conversation satisfied that Xi would “abide by the Taiwan agreement,” without clarifying which Taiwan agreement he meant: America’s ambiguous policy, China’s “One China” principle that states Taiwan is a province, or Taiwan’s “One China” policy that states it, not Beijing, is the only legitimate Chinese government in the world. Reporters interpreted Biden to mean that Xi would not invade Taiwan.

In 2019, dictator Xi Jinping vowed that anyone helping Taiwan assert its sovereignty would have “their bodies smashed and bones ground to powder.”

In Taipei, the presidential office appeared to dismiss Biden’s remarks. Taiwan’s government “will neither bow to pressure nor act rashly when we have support,” Xavier Chang, a spokesman for President Tsai Ing-wen’s office, told reporters when asked about Biden. Chang noted that Taiwan would continue its current path of self-defense, suggesting it would not change any of its stances based on an off-hand comment from the American president that the White House quickly downplayed.

Amid unprecedented aggression from communist China, Taiwan President Tsai Ing-wen said the country will not "bow down to pressure." https://t.co/pmuUGP9K67

Biden had previously hinted to believing that a formal defensive treaty existed between Taiwan and America in August, comparing America’s “sacred commitment” to NATO countries with its relationship with Taiwan. NATO is a treaty organization that requires members to act militarily to defend any other member if attacked. As it did this week, the Biden administration rapidly walked back the president’s comments at the time, insisting that they did not represent any significant policy changes.

Biden emphasized to Cooper on Thursday night that he did not want any support for Taiwan to interfere with maintaining friendly relations with communist China, a nation currently engaging in genocide according to Biden’s secretary of state, Antony Blinken.