The call occurred on Monday night Washington time and Tuesday morning in Beijing – a fact the Times emphasized as showing China having more leverage – and allegedly focused on climate change, economic security, and Taiwan. Public reports on the meeting do not indicate that Xi made the rumored invite to Biden to attend the Beijing 2022 Winter Olympics, an event plagued by global protests against Xi’s ongoing genocide against the Uyghur people.

The Global Times, which often reflects the opinion of Beijing’s communist elite, celebrated the talk as “friendly” and “positive.”

“Chinese observers said that the meeting will inject certainty into the bilateral ties and is sending a signal that the two countries will cooperate in many areas despite they could not avoid fierce competition, and the fact that they are trying to manage competition is itself a positive sign for the world,” the Times observed.

The outlet used its typical stable of Party-approved “experts” to make the case that the meeting reflected China’s superior influence over the United States under Biden.

“The virtual meeting was held during the working hours in China but late night in the US, which clearly shows which side is more eager,” the Times asserted. “From the interactions in Anchorage in Alaska in March, to Tianjin in China in July and Zurich in Switzerland in October, China gradually has the initiative of the bilateral relations.”

“The era for the US to unilaterally define the bilateral ties has ended and the two countries have entered into a period of equal and fair dialogue, Wang Dong, an expert on China-US relations at Peking University, told the Global Times,” according to the newspaper.

The meeting referenced were major diplomatic coups for China. In Anchorage, Chinese Politburo official Yang Jiechi berated Secretary of State Antony Blinken on alleged race issues in the United States and cited the Marxist “Black Lives Matter” movement to affirm that America was not a role model for the free world. Blinken and National Security Adviser Jake Sullivan, also present at the meeting, did not contest the depiction of America as a human rights disaster. Following the meeting, the Communist Party began selling tote bags and phone cases designed with Yang’s anti-American quotes on them in celebration.

The Biden administration’s several other meetings with Chinese officials have gone similarly and have not yielded any material policy results. 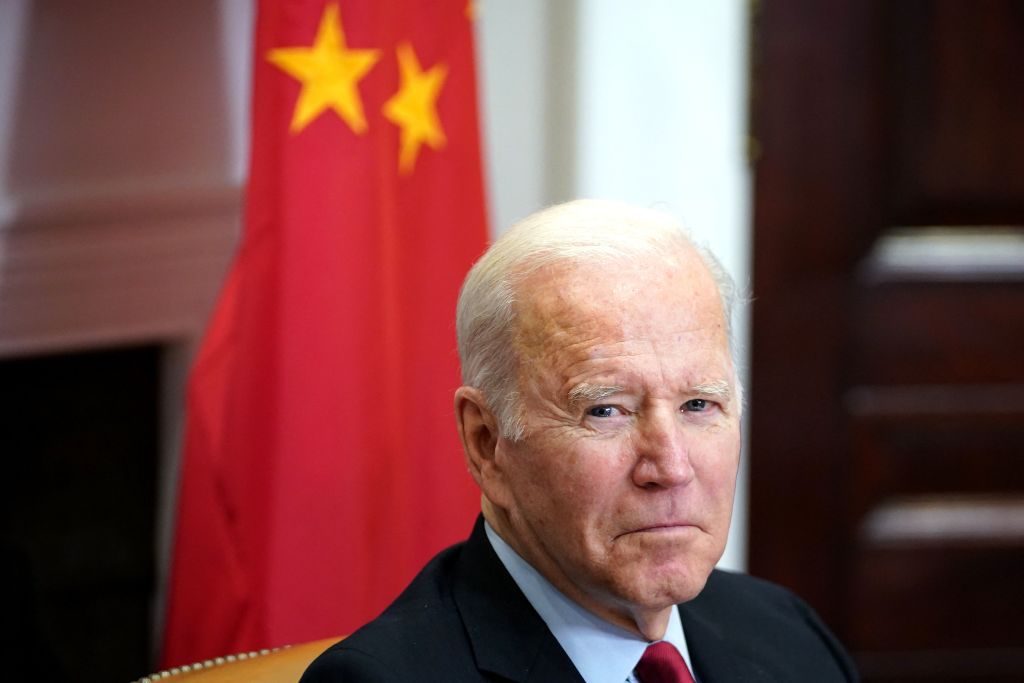 In a separate analysis of the conversation between Xi and Biden on Monday, the Global Times again highlighted what it considered “the eagerness of Biden to seek expanding ties with Beijing to ease US economic woes especially the US inflation that has derailed the economy and taken a toll on the administration’s public support.” The article interpreted the virtual meeting as an attempt on Biden’s part to slow the steep decline in his public approval rating prompted by his poor performance in office.

Unlike the White House, the Global Times relayed that Biden had promised Xi to “not seek to change China’s system,” meaning that he would not support political dissidents in China in any way. No reports indicate that Xi made any similar promise not to seek to change America’s free political system – notable given that the Chinese Foreign Ministry openly admitted on Monday it is pressuring American lawmakers to support or oppose legislation in the United States based on China’s interests.

The White House claimed in its readout of the call between Xi and Biden that the latter addressed China’s human rights atrocities with their chief architect.

“President Biden raised concerns about the PRC’s [China’s] practices in Xinjiang, Tibet, and Hong Kong, as well as human rights more broadly,” according to the White House. “He was clear about the need to protect American workers and industries from the PRC’s unfair trade and economic practices.”

The White House also noted that Biden reiterated Washington’s intentionally unclear stance on the nation of Taiwan, which it does not formally recognize despite its status as a sovereign, functional free state. 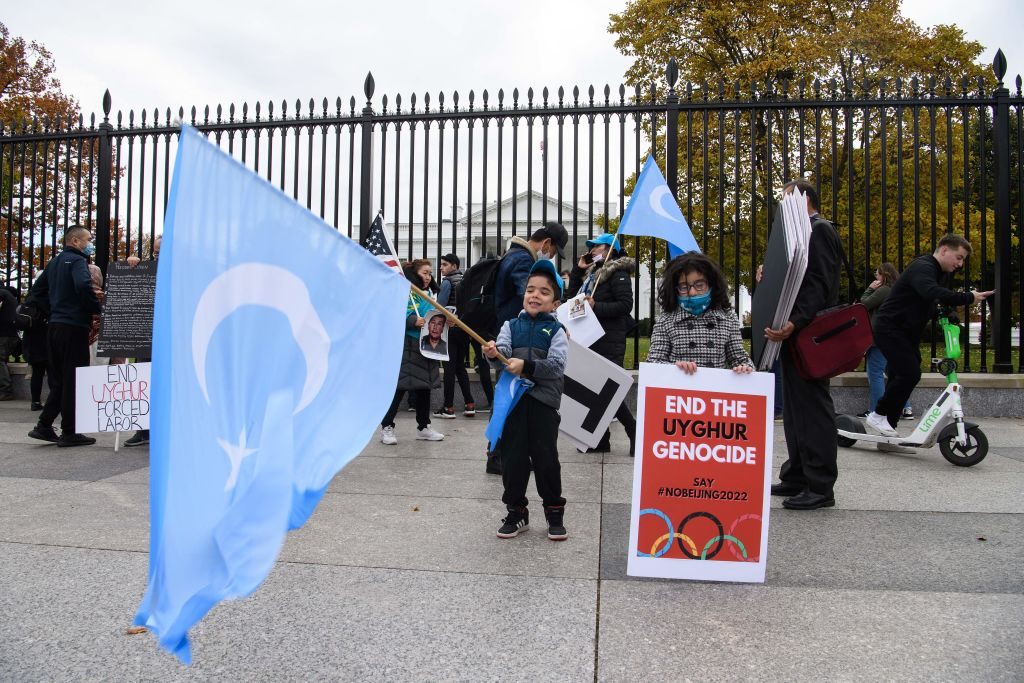 “On Taiwan, President Biden underscored that the United States remains committed to the ‘one China’ policy, guided by the Taiwan Relations Act, the three Joint Communiques, and the Six Assurances,” the White House readout noted, “and that the United States strongly opposes unilateral efforts to change the status quo or undermine peace and stability across the Taiwan Strait.”

Xi’s language on Taiwan, according to Chinese media, was more straightforward.

“Whoever plays with fire will get burnt,” Xi reportedly warned Biden.