Champion Snowboarder Backs Genocide Olympics Boycott: 'I Don't Even Want to Be Called an Olympian Anymore'

Canadian two-time Olympic snowboarder and X-Games champion Drew Neilson told the country’s CBC network this week that he was considering asking the International Olympic Committee (IOC) to remove him from its historical roster in protest of the 2022 Beijing Winter Olympics.

Neilson called for a full boycott of the event – a rarity among athletes – and pronounced himself “disgusted” that so many could unquestioningly participate in an event that honors one of the world’s worst human rights violators.

Beijing, already a veteran Olympic host city after 2008, won the right to host the 2022 Winter Olympics largely due to all other contenders except Almaty, Kazakhstan, dropping out. Human rights activists and the victims of Chinese communism have been calling for the IOC to postpone or relocate the event – or, if the IOC does not, for participants to boycott it – for at least a year. The communist regime under dictator Xi Jinping has engaged in years of rampant human rights atrocities including killing and imprisoning political prisoners, disappearing journalists and human rights attorneys, and – perhaps most alarmingly – open genocide against the Uyghur people and other Muslims in East Turkistan.

“I’m really disgusted. I don’t even want to be called an Olympian anymore,” Neilson, now retired, told the CBC. “The IOC recognizes … human rights as enshrined both in the fundamental principles of the Olympic Charter and the code of ethics, and they say the IOC takes this responsibility very seriously. But do they?” 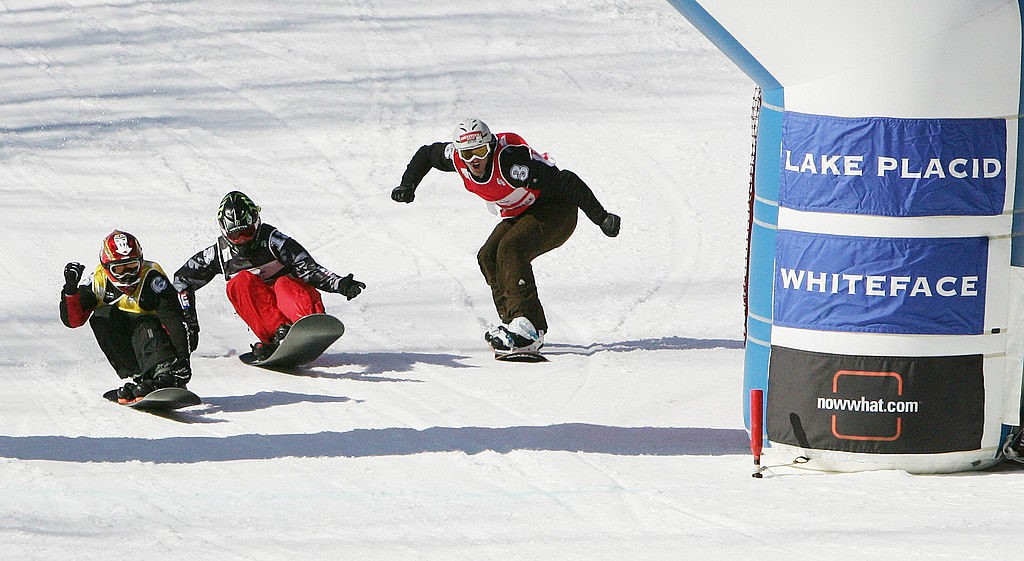 “It just boggles my mind that people can look away from what’s going on in China, just so they can watch people play games for little pieces of metal,” he continued. “That’s really sad and unfortunate.”

Neilson emphasized that he was, as an Olympian, obviously not against the Olympic Games themselves.

“I am against defending the organization that is running it and [the country] they are taking it to,” Neilson asserted.

The champion snowboarder also explicitly rejected “diplomatic boycotts,” a phenomenon where countries do not send political officials to the event but allow the athletes to play. Neilson’s native Canada, like the United States under President Joe Biden, is engaging in a “diplomatic boycott” of Beijing. A diplomatic boycott is not a boycott because political figures do not compete in Olympic sports, so their absence has no effect on the Games.

Biden will not back an athletic boycott of the 2022 Winter Olympics in Beijing, but backed a boycott of Atlanta by the MLB All-Star Game. https://t.co/5M3RFq6GEa

The Chinese Communist Party has loudly mocked “diplomatic” non-boycotts, particularly America’s, because the Chinese government never invited American officials to attend, so their absence is not their choice.

“[Neilson] feels so strongly, he’s considering asking the Canadian Olympic Committee to strike his name from the historical roster, and has even mused about joining protests against China and burning his Olympic gear in solidarity,” CBC noted.

The CBC’s article on Neilson’s stance also shared the much more common opinion of athletes who feel that not being able to play games at the Olympics is a greater injustice than genocide, mass sterilization, institutionalized slavery, or any of the other crimes that China is guilty of currently. It quoted a would-be Olympic swimmer, Eugene Gyorfi, who missed his chance when Canada boycotted the 1980 Moscow Olympics, expressing bitterness and “regret” over his “lost opportunity.” Like China, the Soviet Union was guilty of genocide.

Neilson’s stance against the Beijing Olympics became public on Sunday. On Tuesday, Students for a Free Tibet, one of the human rights organizations most vocally opposed to the event, praised him and urged other athletes to support the movement. Like the situation in East Turkistan, Tibet is an occupied territory in which Beijing is implementing cultural genocide policies to eradicate Tibetan Buddhism, Tibetan language, and culture generally in an attempt to replace it with the dominant Han ethnicity native to eastern China. Like East Turkistan, Xi has crowded Tibet with concentration camps and indoctrination centers to achieve that goal.

Thank you Drew for standing up to the International Olympic Committee! We need more athletes like you to take action before Beijing 2022.#NoBeijing2022 #GenocideGames #beijing2022 #IOC

Posted by Students for a Free Tibet on Tuesday, December 21, 2021

Athletes have largely abstained from the conversation around the 2022 Beijing Winter Olympics. Neilson’s prominent rejection of the event is only the second among high-profile athletes after Enes Kanter Freedom, a National Basketball Association (NBA) star and human rights activist, called for America to boycott the event and the IOC to move it out of China entirely. Kanter, a newly minted American citizen, began this NBA season with a campaign in defense of the human rights of oppressed Tibetans and has since condemned China for abuses against Uyghurs, Hong Kong protesters, Falun Gong practitioners, and dissidents generally. Kanter has also condemned oppressive regimes in his native Turkey, Iran, Venezuela, and Syria, among others.

In a column published in November in the Wall Street Journal, Kanter argued that, in addition to human rights concerns, the IOC could not guarantee the safety of Olympic athletes after the disappearance of Peng Shuai, a tennis champion and Olympian who abruptly vanished after accusing a former Chinese Olympic Committee chief, Zhang Gaoli, of raping her. After the Women’s Tennis Association (WTA) took its business out of China in protest, Peng reemerged this week claiming she had never accused anyone of rape or sexual assault, without explaining why she wrote, “why did you come and look for me again, take me to your house, and force me into sex?” 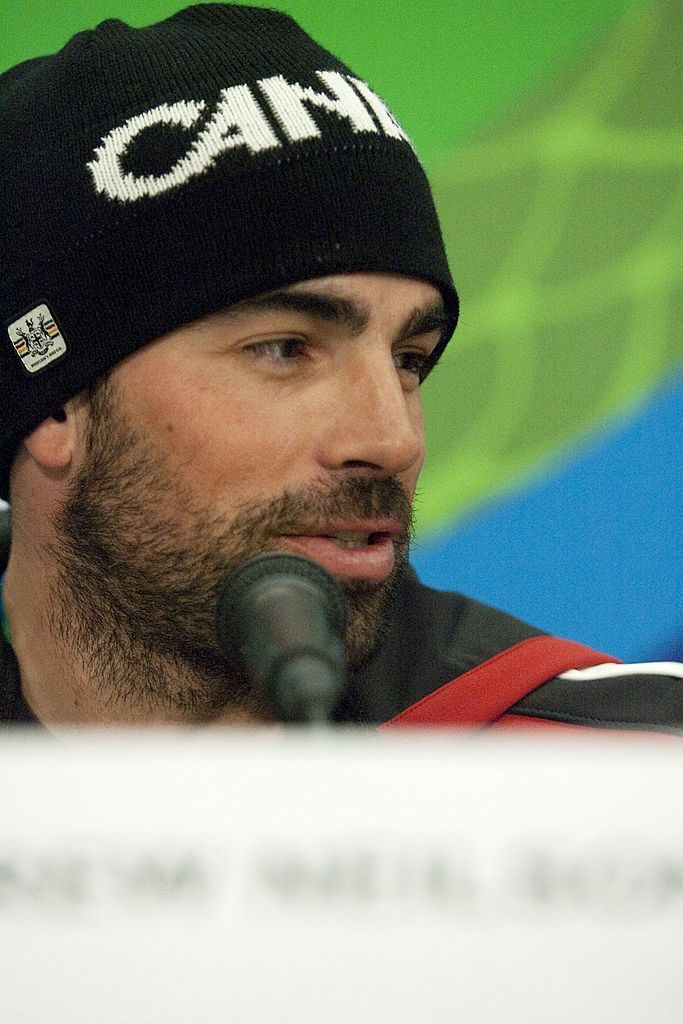 Outside of Neilson and Kanter, no high-profile athletes have questioned the wisdom of granting a genocidal state hosting duties for the Olympics. No government has committed to boycotting the Olympics – not even Taiwan, a nation China regularly threatens to invade and colonize. Olympics officials have largely abstained from commenting of China’s deplorable human rights record, dismissing it as a “political” issue, and officials from countries like America that are attempting to garner some praise for not sending uninvited politicians to the event have openly prioritized the athletic privilege of competing over respect for fundamental human rights.

“We believe U.S. athletes, people who have been training, giving up a lot of blood, sweat, and tears preparing for these Olympics should be able to go and compete, and we look forward to cheering for them from home,” White House Press Secretary Jen Psaki said this month while announcing the “diplomatic” non-boycott.
Chinese state media has loudly proclaimed support for the Beijing Olympics to be a “mainstream” policy and welcomed American athletes traveling to Beijing in anticipation of the February event this week.