A bronze statue honoring Theodore Roosevelt, the 26th president of the United States, is bound for a new home in North Dakota. The move means it will no longer welcome visitors to New York City’s American Museum of Natural History after a stint of 81 years.

The Theodore Roosevelt Presidential Library Foundation announced the relocation in a statement Friday.

The monument will be dispatched after complaints its depiction of the mounted president flanked by walking Native American and African figures offended the sensibilities of passers by and was deemed “problematic due to its hierarchical depiction,” UPI reports.

The work, created by sculptor James Earle Fraser, is now headed to a public facility that bears the former president’s name in Medora, N. D. 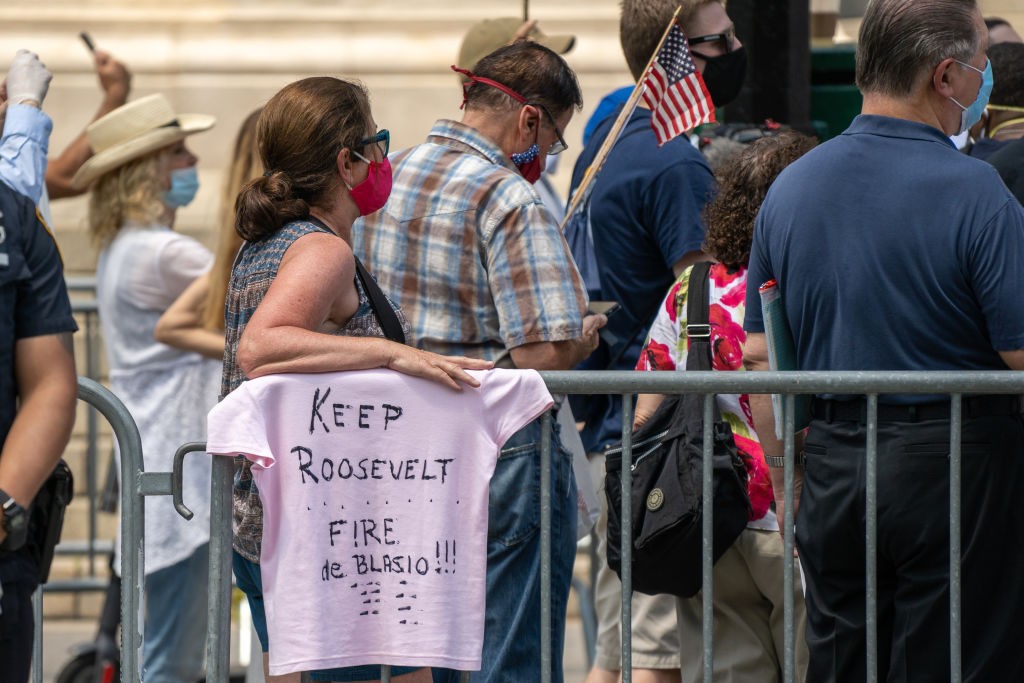 A rally lead by the New York Young Republican Club calls for the Equestrian Statue of Theodore Roosevelt to remain in place on June 28, 2020 in New York City. (David Dee Delgado/Getty Images)

The Theodore Roosevelt Presidential Library, which is set to open in 2026, said it entered into an agreement with New York City for the long-term loan and reconsideration of the statue, which has resided outside the museum since 1940.

“We are grateful to the Theodore Roosevelt Presidential Library for proposing a fitting new home for the Equestrian Statue,” said Vicki Been, New York City’s deputy mayor for Housing and Economic Development. “This long-term loan would allow an important part of the city’s art collection to be appropriately contextualized, and we look forward to continuing to work with the library on next steps.”

As Breitbart News reported, museum officials in June 2020 first proposed removing the statue. The museum is on city-owned property and Mayor Bill de Blasio supported the removal of the “problematic statue.”

Sam Biederman of the New York City Parks Department said at the time although the work “was not erected with malice of intent,” its composition “supports a thematic framework of colonization and racism.”

“It is said that ‘those who do not learn from history are doomed to repeat it,’ and our job is to forthrightly examine history to understand the present and make a better future.”