A Canadian court has ruled Iran should pay relatives of the victims of a passenger plane downed by the Islamic regime, declaring around $84 million in damages be made available.

Families of six of the victims killed when Iran’s paramilitary Islamic Revolutionary Guard downed a commercial flight from Ukraine in January 2020 have been awarded around $84 million ($107 million Canadian dollars) plus interest as compensation, CBC reports.

The Ukraine International Airlines Flight PS752 was shot down by the Iranian military who claim they mistook it for an American cruise missile. All 176 passengers were killed, which included 55 Canadian citizens and 30 permanent Canadian residents, as Breitbart News reported.

While foreign nations are normally immune from prosecution in Canada, an exception was made in this case as the Ontario Supreme Court ruled in May 2021 that Iran’s downing of the plane could be classed as an intentional “act of terrorism” in May 2021. Iran did not offer a defense so it was a default judgement. 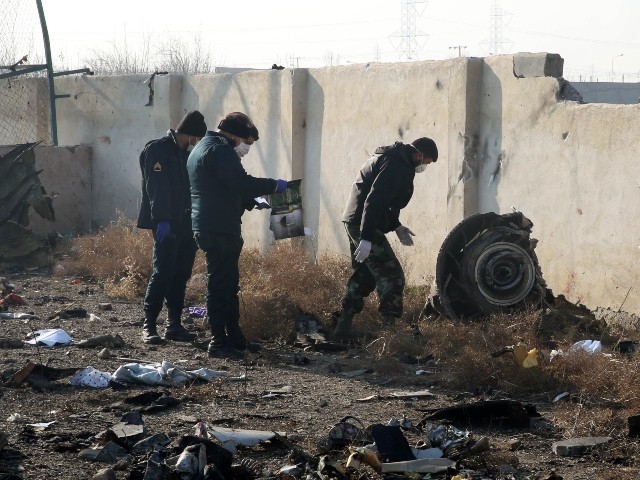 Rescue teams work amidst debris after a Ukrainian plane carrying 176 passengers shot down near Imam Khomeini airport in the Iranian capital Tehran early in the morning on January 8, 2020, killing everyone on board. (AFP via Getty Images)

In a decision dated on the 31st December 2021, Justice Edward Belobaba of Ontario’s Superior Court of Justice ruled Iran owed the families of the six victims $100 million (Canadian dollars) in punitive damages to be shared by the estates of the six victims, $6 million for pain and suffering and $1 million to family members for the loss of guidance, care and companionship.

The suit was filed by Shahin Moghaddam, Mehrzad Zarei and Ali Gorji, some of the other claimants chose to remain anonymous due to fears of repercussions from Iran.

The families’ lawyer Mark Arnold has said his team will be looking to seize Iranian assets, such as oil tankers, in Canada and abroad to ensure the families receive their reparations.

Had a phone call with @SecPompeo. Grateful for the condolences of the American people & valuable support of the U.S. in investigating the causes of the plane crash. Information obtained from the U.S. will assist in the investigation.

Iran’s foreign ministry have previously denounced the Canadian court’s ruling that “terrorist activity” was “directly” responsible for causing the “deaths of all onboard”, by branding it as a “shameful” decision.

Iran refused to defend itself in the Canadian courts, saying that Canada has no jurisdiction in Iran and all judicial proceedings relating to this case must be decided in an Iranian courtroom.

Canada is working with four other countries in an effort to seek reparations for the families of those killed on flight 752, and requested to meet with Iran in June 2021 to discuss this. Five months later in November, Iran declined to meet with representatives of these nations. 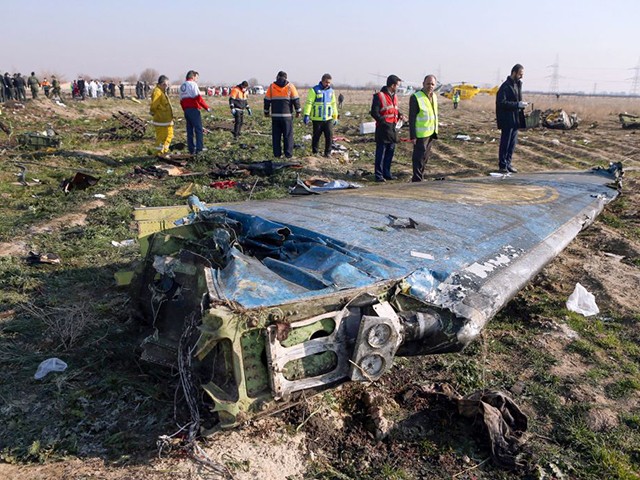 Rescue teams are seen on January 8, 2020 at the scene of a Ukrainian airliner shot down shortly after take-off near Imam Khomeini airport in the Iranian capital Tehran. (AKBAR TAVAKOLI/IRNA/AFP via Getty Images)

These countries have given Iran until the 5th of January 2022 to indicate whether they are willing to participate in negotiations. Following this deadline the countries have said they will assume further negotiations are “futile” and will “seriously consider other actions” to resolve the matter.

Iranian authorities have continuously insisted the plane was downed by accident. The Iranian Civil Aviation Organization (CAO) claimed its air defence systems were on high alert for U.S. repercussions following an Iranian missile attack on an American military base.

The Iranians had attacked this base in response to President Donald Trump sanctioning of a drone strike that killed Iranian top military personnel General Qassem Soleimani.