Spokespeople for the Biden administration appeared surprised and confused on Thursday after journalists questioned two major allegations from the White House: that the U.S. military did not kill the woman and children that died in an operation in Syria this week and that Russia is allegedly planning a “fabricated attack” as an excuse to invade Ukraine again.

White House Press Secretary Jen Psaki expressed surprise during a press gaggle on Air Force One after a journalist questioned the Biden administration’s assertion that the woman and three children killed in Tuesday’s raid on Islamic State leader Abu Ibrahim al-Hashimi al-Qurayshi died by a suicide bomb triggered by the terrorist.

Q.  Jen, will there be any, like, evidence or, like, release to support the idea — I mean, I know the U.S. has put out its statement that, you know, they detonated the bomb themselves. But will the U.S. provide any evidence? Because there may be people that are skeptical of the events that took place and what happened to the civilians.

MS. PSAKI: Skeptical of the U.S. military’s assessment when they went and took out an ISIS terror- — the leader of ISIS?

Psaki expressed disappointment that journalists were not willing to believe the official government narrative, suggesting that any questioning of the U.S. government was akin to trust in the Islamic State.

Q. Well, not ISIS, but, I mean, the U.S. has not always been straightforward about what happens with civilians. And, I mean, that is a fact.

Psaki circled back to Biden’s comments blaming a terrorist suicide bomb for the deaths of civilians as well as a briefing with a national security source.

“Given these events just happened less than 24 hours ago, we’re going to give them time to make a final assessment,” she said, finally appearing to concede that the U.S. government version of the story was not definitive yet. 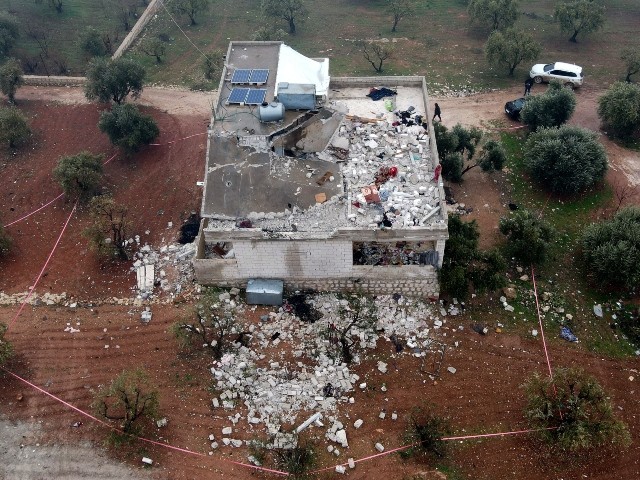 An aerial view of the house in which the leader of Islamic State (IS) group Amir Mohammed Said Abd al-Rahman al-Mawla, aka Abu Ibrahim al-Hashimi al-Qurashi died, during a raid by US special forces. (Photo by AAREF WATAD/AFP via Getty Images)

At a separate press briefing, the State Department faced accusations of embracing conspiracy theories over the claim, which it has not backed with evidence, that Russia was planning to stage a “false flag” attempt to generate support for invading Ukraine.

“Now, we can say that the United States has information that Russia is planning to stage fabricated attacks by Ukrainian military or intelligence forces as a pretext for a further invasion of Ukraine,” State Department spokesman Ned Price announced to reporters at a briefing on Thursday.

Journalist Matt Lee from the Associated Press demanded evidence from the Biden team to prove their narrative, accusing the White House of straying into “Alex Jones territory” and leading to a lengthy exchange.

LEE: I mean, I’m not saying that they’re not. But you just come out and say this and expect us just to believe it without you showing a shred of evidence that it’s actually true – other than when I ask or when anyone else asks what’s the information, you said, well, I just gave it to you, which was just you making a statement.

Caught off guard, Price repeated that he was giving journalists information and that they were only complaining about the “format.”

MR PRICE: You know that when we declassify intelligence, we do so in a means —

LEE: That’s right. And I remember WMDs in Iraq, and I —

MR PRICE: — we do so with an eye to protecting sources and methods.

LEE: And I remember that Kabul was not going to fall. I remember a lot of things. So where is the declassified information other than you coming out here and saying it?

MR PRICE: Matt, I’m sorry you don’t like the format 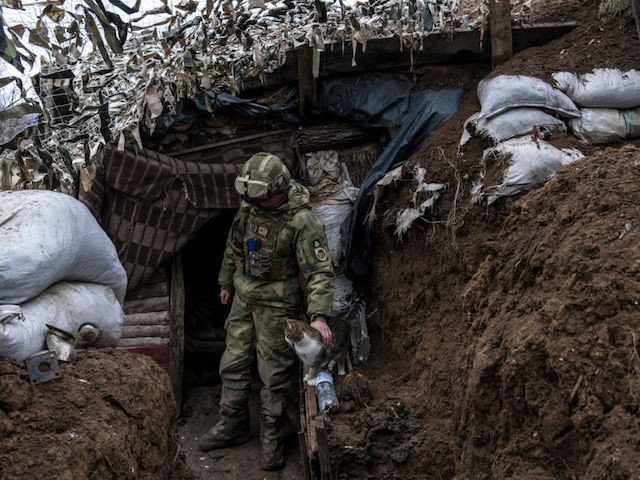 A build-up of Russian troops along the border with Ukraine has heightened worries that Russia intends to invade the Donbas region. (Photo by Brendan Hoffman/Getty Images)

Price repeated that journalists should trust the U.S. government and suggested that Lee was sympathizing with the Russian government by questioning its claims.

MR PRICE: Matt, you said yourself you’ve been in this business for quite a long time. You know that when we make information – intelligence information public we do so in a way that protects sensitive sources and methods. You also know that we do so – we declassify information – only when we’re confident in that information.

LEE: But Ned, you haven’t given any information.

LEE: I don’t want – I’m not asking what the Russian Government is putting out. And what do you – what is that supposed to mean?