Anti-hunting protestors have clashed with hunt supporters at a Boxing Day Hunt in the village of Lacock in Wiltshire.

The annual Avon Vale Boxing Day Hunt, which was postponed to Monday the 27th of December due to the 26th falling on a Sunday, saw scuffles between anti-hunt protestors and supporters, with two people said to be injured at the scene.

The Boxing Day Hunt started peacefully with riders of a variety of ages gathering at The Red Lion pub in Lacock, in their traditional costumes consisting of ‘Pinks’ scarlet coats, white breeches, and long boots. Other followers not entitled to the hunt’s colours rode in navy coats. 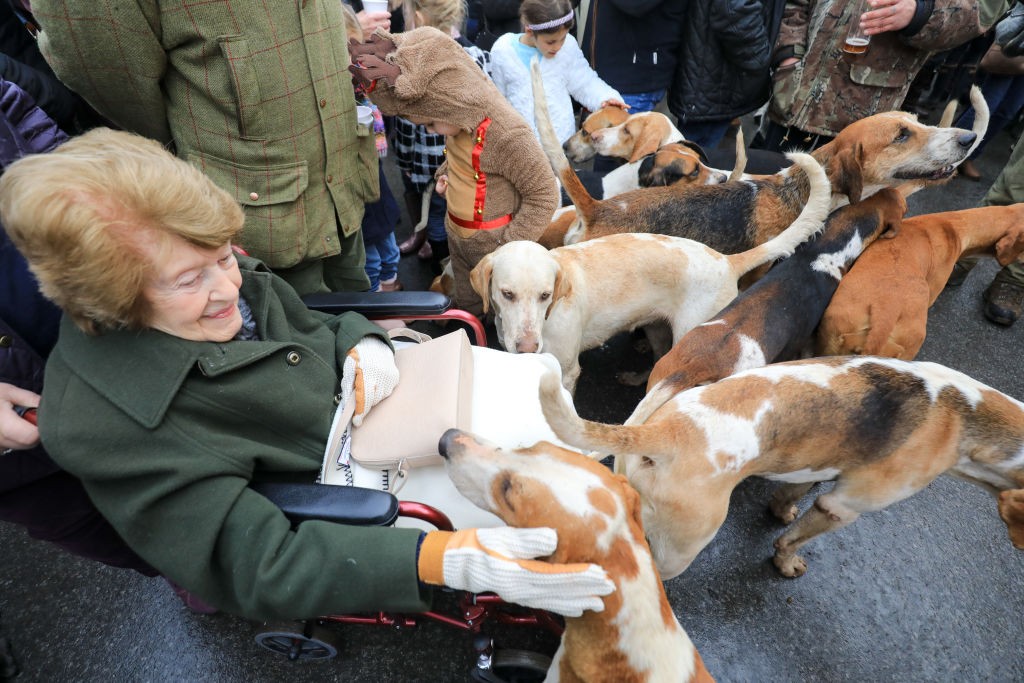 The riders then began parading in front of a crowd of supporters which was reported by left-leaning tabloid The Mirror, to be “hundreds” strong.

Hunting on Boxing Day is an English tradition that dates back many centuries. Many English packs can at least trace their foundation to Georgian England, and some to the restoration of the Monarchy after the English civil war.

Wonderful scenes from the #BoxingDay meet for the Bicester Hunt with Whaddon Chase which was held in Winslow, Buckinghamshire, earlier today. Many thanks to Sam Nash for sharing this great footage. pic.twitter.com/GsFTDk8l5i

The day ran into trouble, however, after protestors dressed in black and brandishing anti-hunting signs began to picket the proceedings, and attempted to stop the Avon Vale Hunt Group from carrying out the traditional Boxing Day meet, Wiltshire Live reports.

In footage shared to social media punches can be seen to thrown, and individuals shoving each other about.

Individuals from both sides of the line can also be seen attempting to break up the brawl.

Wiltshire police have said they are making “enquiries” into what took place, but as of yet “no arrests have been made”. 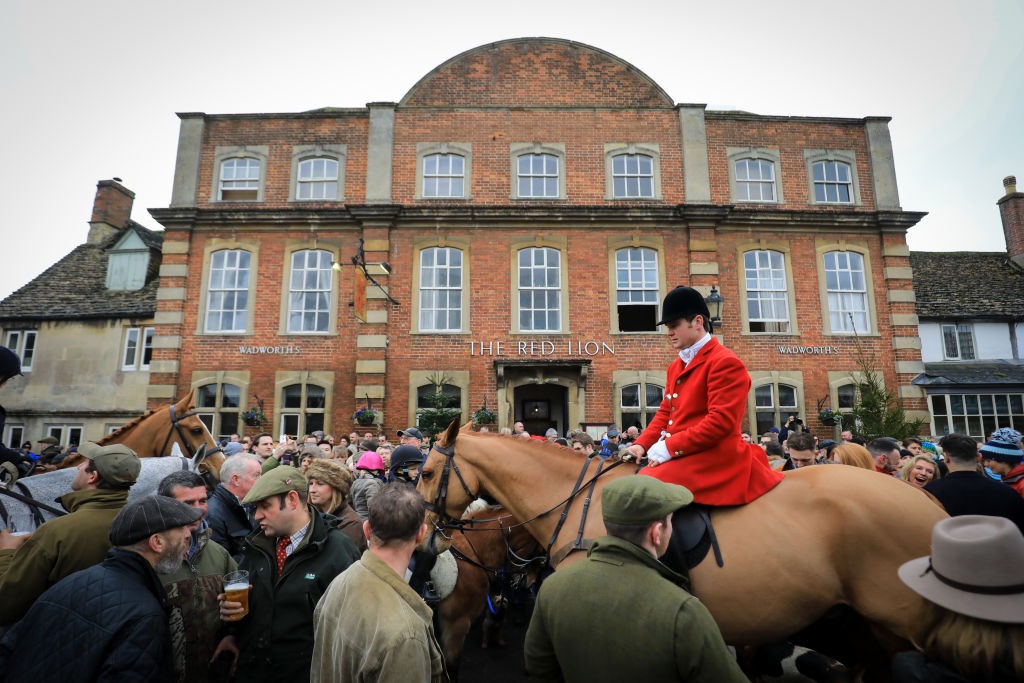 Protestors picketed the event despite hunting with dogs currently being illegal in Britain, with the hunt on Monday being a ‘trail hunt’, that meaning the hunters use dogs to follow an artificial scent laid before the pack, a compromise reached to maintain the tradition of Britain’s hunts after the law was changed in 2004. Hunters claim this practice causes no harm to animals, and it is allowed under the current restrictions.

Anti-hunt groups, however, allege that ‘trail hunts’ are used as a cover for genuine fox hunting. There have been no reported claims the Avon Vale Hunt does so, however.

Fox Hunting with dogs in Britain was banned under Tony Blair’s Labour government’s Hunting Act of 2004. Penalties for breaking the Act can lead to a surrendering of dogs, firearms and/or vehicles as well as an unlimited fine.

Blair later admitted that he was “ignorant” of the sport and regretted changing the law.

Punches thrown as violence erupts at annual Boxing Day Hunt in rural Wiltshire. Clashes and scuffles broke out at the Boxing Day Hunt in Lacock, near Chippenham. Several dozen protesters were demonstrating against the Avon Vale meet and least 2 were injured. #BoxingDaypic.twitter.com/fZ4yWcP9y4

Fox Hunting Shouldn't be Illegal. It Should be Compulsory http://t.co/sJJMiPiIsw