Conventional wisdom dictates every dog has his — or her — day. In the case of President Joe Biden’s puppy Commander,  Super Bowl Sunday is the moment for his center stage appearance.

AP reports the German shepherd will appear with Biden’s wife, Jill, in a video message about the need for everyone to embrace pet love during Sunday’s broadcast of “Puppy Bowl XVIII” on Animal Planet.

The first lady’s office took to social media Thursday to announce the appearance of the presidential pooch. Both contests will be held on the day before Valentine’s Day, which is Monday.

This comes weeks after the Biden White House announced it would undergo a major public relations reset, as the president’s approval hits rock bottom. 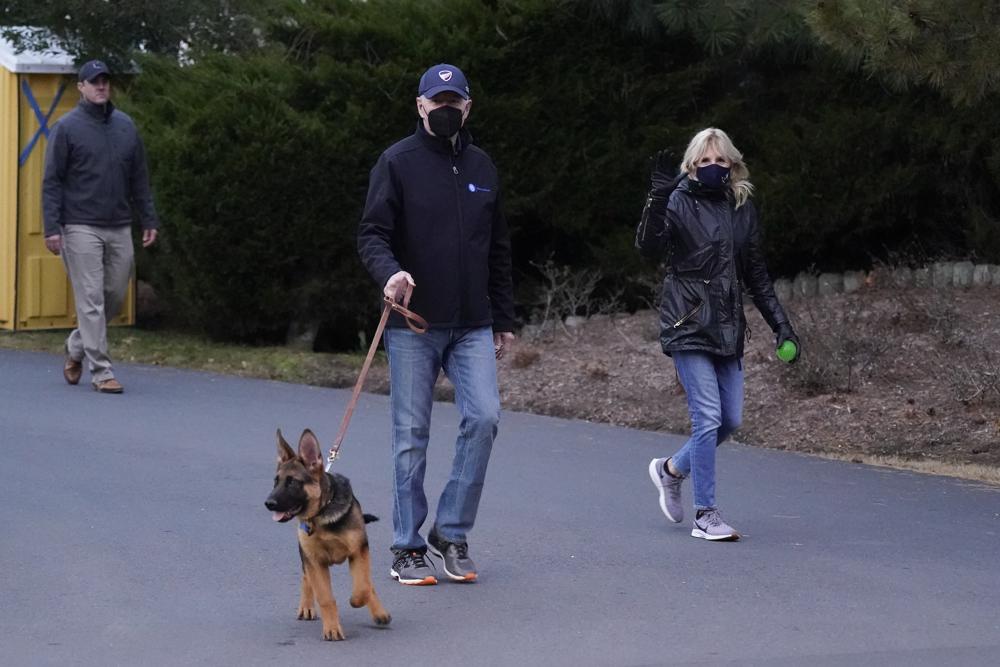 “Hi there. I’m Jill Biden, here at the White House with our new puppy Commander,” the first lady says. “You know, Valentine’s Day is one of my favorite holidays because it’s all about love.”

The first lady, appeared seated in the White House movie theater with Commander by her side. She wore a gray turtleneck sweater with “AMOUR” in pink letters across the front.

“What’s so wonderful about having pets is they bring us unconditional love, joy and comfort every day,” she adds. “All of us are wishing you a very happy Valentine’s Day.”

Last year, Jill Biden filmed a public service announcement focused on mask-wearing in a pandemic to air during Puppy Bowl XVII. She appeared then with the family’s two German shepherds, Champ and Major.

Champ died last year; Major now lives in Delaware after behaving in a less than welcoming manner at the White House.

The Bidens recently welcomed a cat named Willow to the White House, as Breitbart News reported.