Cyber attacks, militarization of space, extreme weather events, ecosystem collapse, social divisions, wars and the coronavirus pandemic. These are the key worries the World Economic Forum (WEF) highlighted Tuesday as reasons to be fearful for 2022.

A report released by the Switzerland-based organization, headed by founder and executive chairman Klaus Schwab, detailed the grim tidings ahead of the annual elite winter gathering of CEOs and world leaders in the ski resort of Davos.

The event has been postponed for a second year in a row because of coronavirus. WEF organizers still plan some virtual sessions next week, however its Global Risks Report 2022 makes for unpleasant reading.

It is based based on a survey of about 1,000 experts and leaders and in summary says:

The pandemic and its economic and societal impact still pose a “critical threat” to the world, the report said. Big differences between rich and poor nations’ access to vaccines mean their economies are recovering at uneven rates, which could widen social divisions and heighten geopolitical tensions.

By 2024, the global economy is forecast to be 2.3 percent smaller than it would have been without the pandemic. Commodity prices, inflation, and debt are rising in both the developed and developing worlds.

Attacks on critical infrastructure, misinformation, fraud and digital safety in 2022 will impact public trust in digital systems and increase costs for all stakeholders, the report said.

“We’re at the point now where cyberthreats are growing faster than our ability to effectively prevent and manage them,” said Carolina Klint, a risk management leader at Marsh, whose parent company Marsh McLennan co-authored the report with Zurich Insurance Group and SK Group. 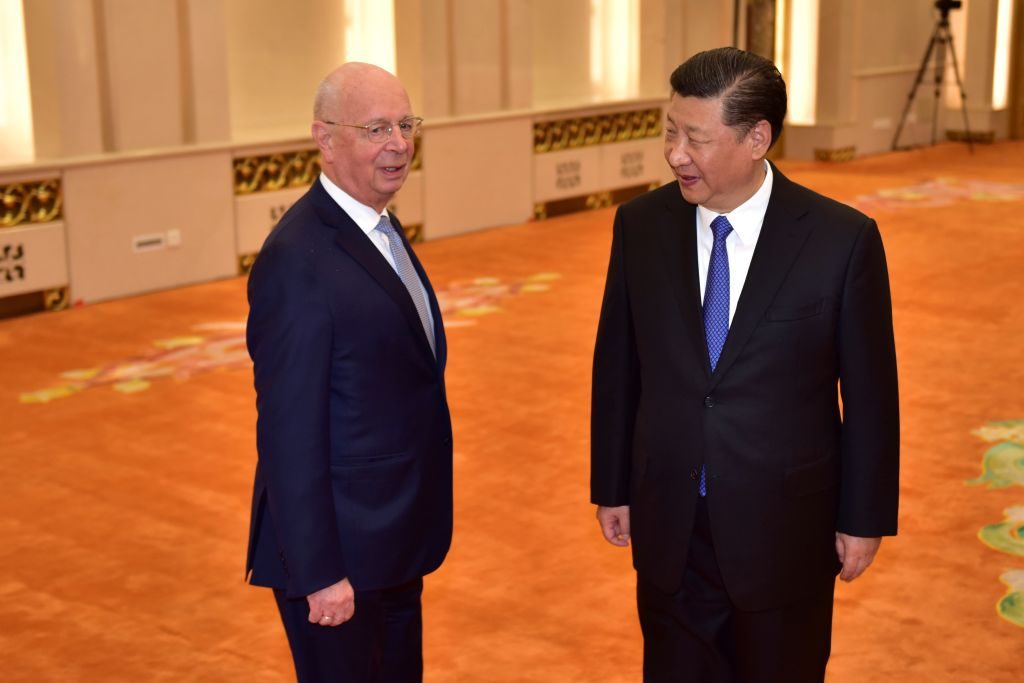 WEF head Klaus Schwab (L) is welcomed by Chinese President Xi Jinping (R) at the start of their meeting at the Great Hall of the People in Beijing on April 16, 2018. (NAOHIKO HATTA/AFP via Getty)

The most immediate consequence of increased space activity is a higher risk of collision between near-Earth infrastructure and space objects, which could affect the orbits upon which key systems on Earth rely, damage valuable space equipment, or spark international tensions in a realm with few governance structures.

Growing militarization of space also risks an escalation of geopolitical tensions, particularly as space powers fail to collaborate on new rules to govern the realm, the report concludes.

The environment remains the biggest long-term worry for all who responded to the survey.

The planet’s health over the next decade is the dominant concern, according to survey respondents, who cited failure to act on climate change, extreme weather, and loss of biodiversity as the top three risks. 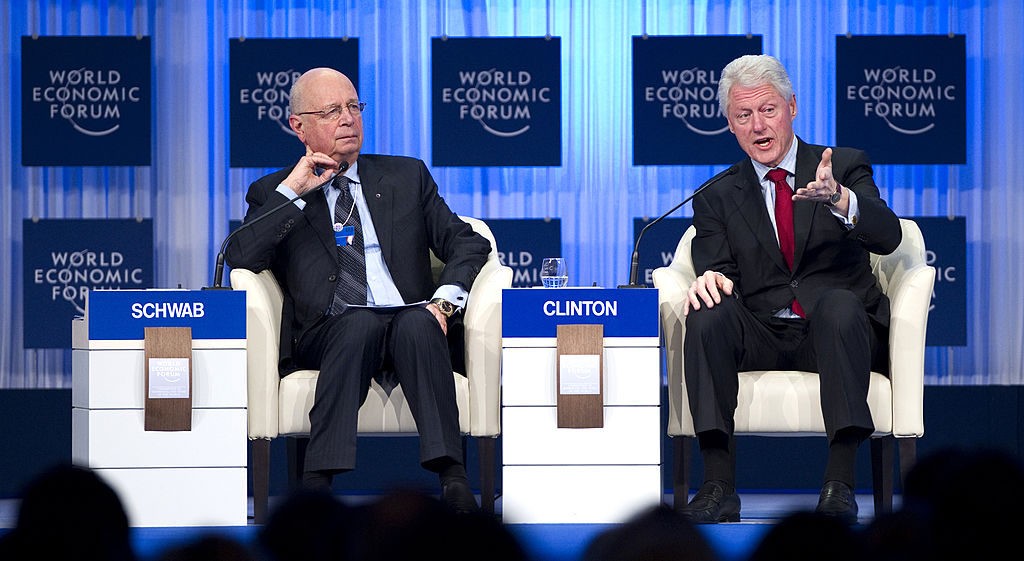 The WEF has previously floated its answers to a world of fear by promoting varying degrees of increased societal control under the guise of the self-described Great Reset, as Breitbart News reported.

The organization still calls for immediate action in 2022 to stave off all the above threats.

“Global leaders must come together and adopt a coordinated multi-stakeholder approach to tackle unrelenting global challenges and build resilience ahead of the next crisis,” Saadia Zahidi, WEF managing director, said.

AP contributed to this report.