An “improvised explosive device” reportedly killed between one and three people and left over a dozen casualties at a mosque in Nangarhar, Afghanistan, on Friday, calling into question assurances from the Taliban terrorist group that the country’s security situation is improving.

Multiple outlets within Afghanistan reported at least one person died in the explosion, apparently scheduled to take place during obligatory prayers for Muslims on Friday. One Afghan outlet published a photo of a child who allegedly died in the terrorist attack.

At press time, the Taliban confirmed the incident and claimed to have arrested the perpetrators, but no individual or terrorist organization has taken responsibility for the attack.

No consistent casualty counts are available at press time.

The newspaper Subhe Kabul Dailyreported three deaths in the bombing and 15 injured, all of them reportedly civilians present at the mosque for prayers on Friday. 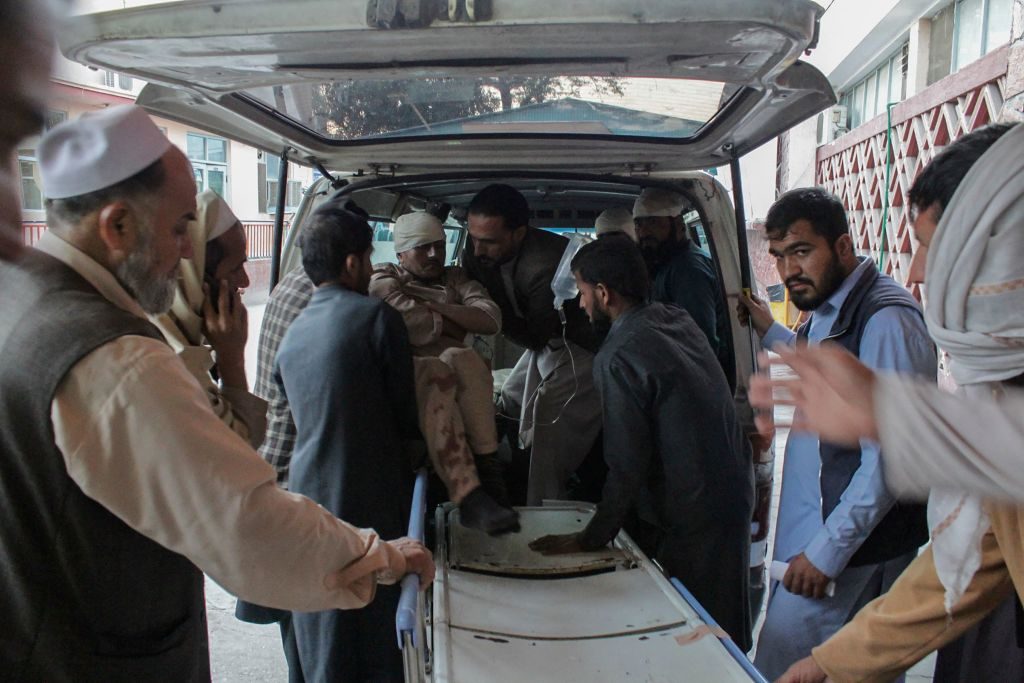 Afghan volunteers help place a wounded man on a stretcher at a hospital after he was injured in a bomb explosion at a mosque during Friday prayers in Jalalabad on November 12, 2021. (AFP via Getty Images)

“The bomber struck shortly after noon on Friday (April 21) at the Shaddal Mosque in the Spin-e-Ghar district of Nangarhar province,” Subhe reported, citing a Taliban-friendly media outlet. “The full details of the blast have not yet been released to the media; however, it is said that the explosives were already planted in this mosque and exploded during Friday prayers.”

The national broadcaster Tolo News reported that “dozens of people” were in the mosque at the time the bomb went off, noting that complete casualty counts were still unavailable. It estimated, citing local officials, that two people had died and 17 were injured.

“Eyewitnesses, however, said the number of casualties is higher,” the outlet noted.

The newspaper Etilaat Rozreported that the bomb was reportedly left in the mosque on its own, indicating the event was not a suicide bombing. Authorities had not found any evidence of explosives attacked to any of the victims. The outlet also published images of what appeared to be the hollowed-out center of the mosque, its carpeting covered in glass.

The Afghan outlet Pajhwok published a photo[warning: graphic] that appeared to be the remains of a child who died in the blast.

Taliban jihadists have yet to confirm any casualties, but spokesman Zabihullah Mujahid did confirm that the incident occurred and the terrorist organization was working to apprehend the terrorists responsible.

“Three perpetrators of today’s blast at a mosque in the Tarli area of Spin Ghar district of Nangarhar province have been arrested,” Mujahid announced on Twitter. “These criminals will be treated according to the rules of Sharia and will be punished for their evil deeds. Inshallah.”

No group or individual has taken responsibility for the attack, nor did Mujahid identify any perpetrators.

Afghan media noted that two separate provinces documented separate unspecified terrorist attacks on Friday, both claimed by the Islamic State’s Afghanistan wing, the Khorasan Province (ISIS-K). The recurrence of terrorist attacks appearing to be the work of the Islamic State calls into question the many statements Taliban representatives like Mujahid have made about their control of the country.

Last week, Taliban spokesman Bilal Karimi reportedly told the Afghan outlet Khaama Press that ISIS “does not exist at all in Afghanistan” and the Taliban had successfully “suppressed” it. While both the Taliban and the Islamic State are Sunni terrorist organizations, the two are rivals who have engaged in violent attacks against each other as ISIS’s profile grew in the country following the collapse of its “caliphate” in Iraq and Syria. The Taliban has largely treated the Islamic State as a rival, not allied, organization.

A spokesman for the Taliban’s General Directorate of Intelligence (GDI), Khalil Hamraz, said on Wednesday that Taliban jihadists had killed 33 “important” ISIS terrorists and arrested another 600 Islamic State members including jihadists, “propagandists,” and fundraisers. 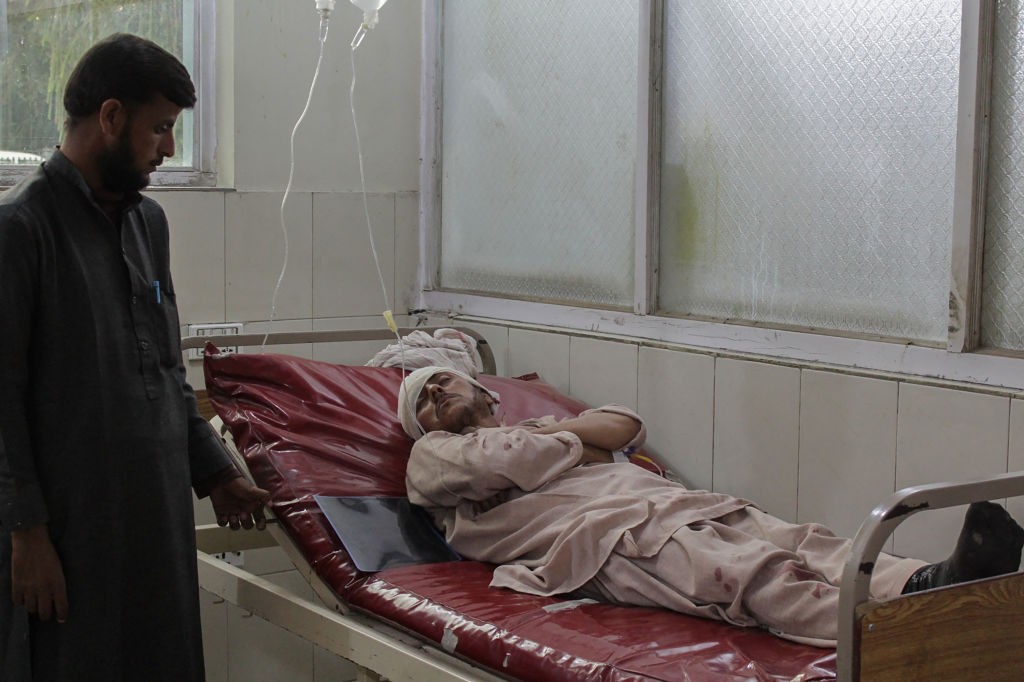 An Afghan wounded man receives medical treatment at a hospital after he was injured in a bomb explosion at a mosque during Friday prayers in Jalalabad on November 12, 2021. (Getty Images)

“Overall security situation has been better and is getting better day by day,” Mujahid, attending the same press conference as Hamraz, announced that day.

In reality, suspected ISIS attacks have continued to add up in the country since August. In the immediate aftermath of the Taliban’s return, a suicide bombing attributed to ISIS-K killed 182 people, including 13 American service members, at Kabul’s international airport. Last week, the Taliban acknowledged an attack on a military hospital in Kabul that it claimed to have thwarted, also believed to be the Islamic State’s work.

The Taliban are largely responsible of ISIS persisting as a threat in the country, despite the former’s many assurances that the latter has not done so. Following President Biden’s abrupt abandonment of Bagram Airbase, a former American facility left to the now-extinct Afghan government, the Taliban took it over and proceeded to free ISIS terrorists imprisoned there, no questions asked.

“I don’t know the exact number — clearly it’s in the thousands when you consider both prisons, because both of them were taken over by the Taliban and emptied,” Pentagon Press Secretary John Kirby admitted regarding the prisoners at the facilities on Bagram.

Kirby asserted the administration of former President Ashraf Ghani was responsible for those prisoners.

“As the Taliban advanced, we didn’t see the level of resistance by the Afghans to hold some territory or some bases,” Kirby explained.