Apple's stock — at one point the most valuable in the world — is up more than 43,000 percent since its IPO exactly 38 years ago Wednesday.

The company first listed its shares on public exchanges on Dec. 12, 1980, at $22 a share. Several stock splits and more than a billion iPhones later, the stock has gained 43,371 percent on a price appreciation basis. (In absolute terms the stock trades for about $170 these days. The stock has split a few times over the decades.) 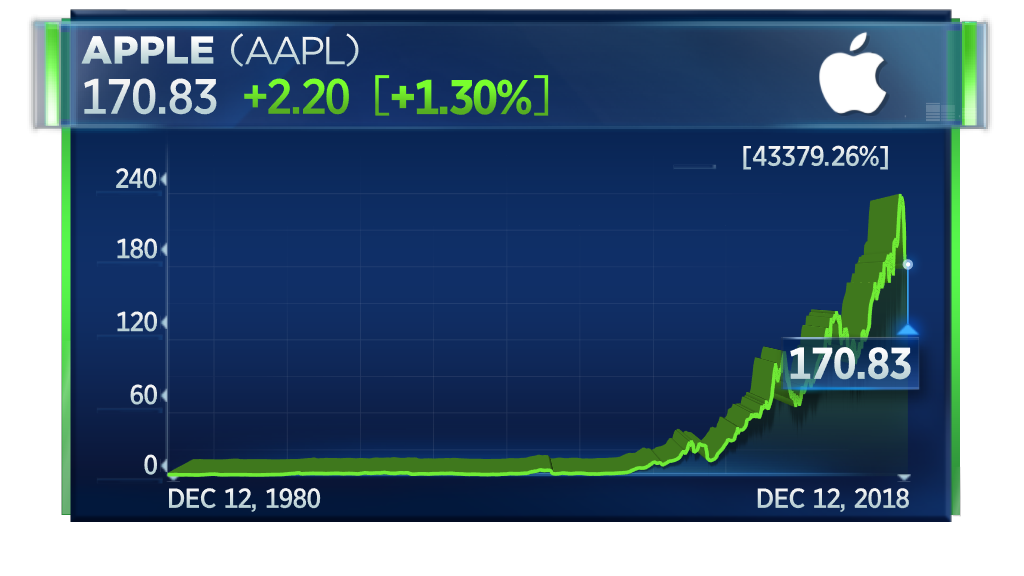 Apple has been sliding as of late, though. Last week, the stock turned negative for 2018, and last month, it suffered its worst month of trading since the 2008 financial crisis. On top of everything else, Apple lost its crown as the most valuable publicly traded U.S. company to Microsoft.

Price appreciation is change in the stock price, not including dividends paid to the investor.